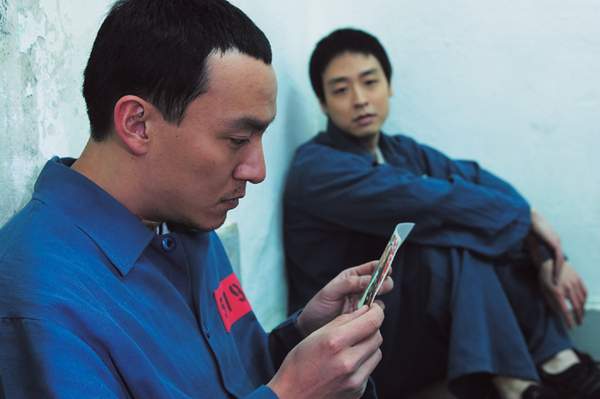 Kim Ki-duk's fourteenth film screened in festivals all over the world, found distribution in a number of countries and was nominated for the Palme d'Or.

Joo-yeon is an unhappily married sculptor and mother, who finds out that her husband has an affair. On a whim, and after watching on the news the case of a man on the death row who has committed suicide twice, she decides to visit him. The first visit is almost typical, but starting with the second one, she begins decorating the visiting room with wallpaper and singing songs to him that correspond to a different season. Furthermore, each time she shares a very intimate story with him and leaves him a picture of hers. The two of them start falling in love, but have to face a number of issues, apart from the obvious: He a fellow inmate, who has feelings for him and his jealousy makes him go to extremes to obstruct their relationship and she her husband, who finds out about her and eventually becomes violent.

Kim Ki-duk uses a script that borders on the surrealistic to present a story about life and death, and the extremes an individual can reach in order to find love. The narrative follows a repeating pattern that presents the radical differences of the lives of the two protagonists in their place of stay, succeeded by sequences of them meeting, with the two settings being completely different, in every aspect. In that fashion, the moments the two of them are apart are violent or indifferent, filled with sadness, or totally void of feelings while the ones they meet with love, enthusiasm and tension. This trait extends to the production values with the scenes in the prison meeting room being filled with color, music, and words, in contrast to the ones the two of them are apart. Kim, however, does not forget to show that the good times are an illusion, as the woman tears the wallpaper apart each time the visiting time expires. In that fashion, Sung Jong-moo's cinematography is impressive in highlighting these differences, in a combination of artistry and symbolism that becomes the production's best element. Wong Su-ahn's editing retains a sense of imbalance through the succession of the scenes in different settings, which fits the movie quite good.

Violence is, once more, present, but Kim has toned down its depiction, with the savagery being mostly implied than actually depicted, as with the case where the husband becomes violent. This tactic eventually faults the film, as it deprives it of the shocking element that would make Kim's message more impactful. The ending, however, compensates, at least to a degree.

The film's main fault derives from the character of the convict, whose lack of analysis, particularly regarding the reasons for his hideous crime, eventually deem him irrelevant, to a point at least. Taiwanese actor Chang Chen does his best to portray his character's change of statuses (from despair to hope and vice versa) but Kim does not him much space. On the other hand, Park Ji-ah as Joo-yeon is impressive in a rather difficult role that has her transform completely through the succession of the sequences described before. The scenes where this sad and unsatisfied woman sings and dances are the highilights of a great performance. Ha Jung-woo has the most vocal role as her husband, and is quite good in portraying his character's growing irrelevance in his wife's life, and the frustration deriving from it. Kim Ki-duk holds for himself the role of the warden, who checks on the two of the protagonists through the camera in the visiting room, in a symbolic role that seems to imply the one of the director in a film. 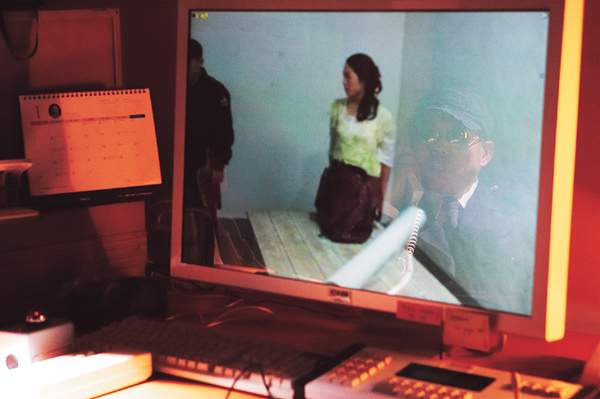 "Breath" has its faults, particularly regarding the impact it has as a film, at least in comparison with Kim's previous works, but remains a very interesting movie, as it presents its message through an unusual and somewhat extreme concept.