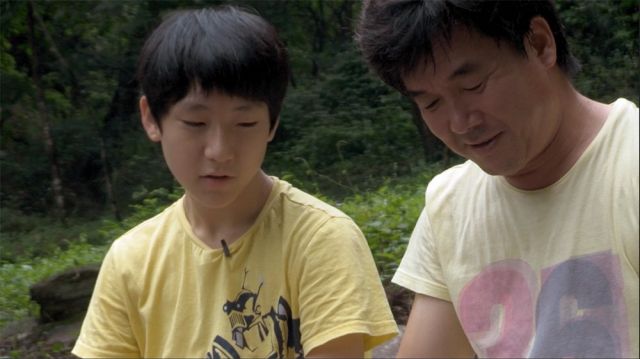 For decades. the struggle of union workers against large corporations has been a frequent theme for documentarians all over the world. HAN Young-hee, however, presents a different take on the subject as she focuses on the impact of this struggle to the families of the workers, and particularly their children. The result is truly dramatic.

"Good Bye My Hero" (Festival entry) is screening at London Korean Film Festival that will be on October 26 to November 19.

The kid the documentary focuses upon is 14-year-old Hyeon-woo, whose father has been fighting for years after his and many others' layoff from SsangYong Motors. His union strikes initially led him to prison, but his resolve remained unwavering for five years, during which he dedicated himself to the cause, leaving his wife as the sole provider of the family. His actions have much impact on Hyeon-woo, who obviously loves and is proud of his father on one hand, but feels the need to stay out of the consequences of his fight, and live a normal life like the rest of his classmates on the other.

As the story progresses through intimate interviews with the boy, diary entries, and footage of the family, Hyeon-woo's attitude changes to one completely different from his father's. Although the boy understands what his father is about, seeing his struggles, he wants something completely different for himself, like backing someone powerful. As the aforementioned footage includes the strikes of the union workers, their fight against the new workers who are to replace the strikers, his father running for the National Assembly and the actual ending of the strike, we witness Hyeon-woo becoming much more mature than a kid his age should be.

HAN Young-hee directs, shoots, and edits a very sensitive documentary, which does not fail to depict corporate greed and the excruciating tactics multinational companies use against their workers, but chooses to focus on the social aspect of long term strikes and the consequences they have on the families of the workers. Hyeon-woo functions as a great focal point, presenting, through his interviews, the stigma associated with being son to a father who is unemployed and in strike, and trying to fit in, in a society that seems to value work under any circumstances, more than anything. 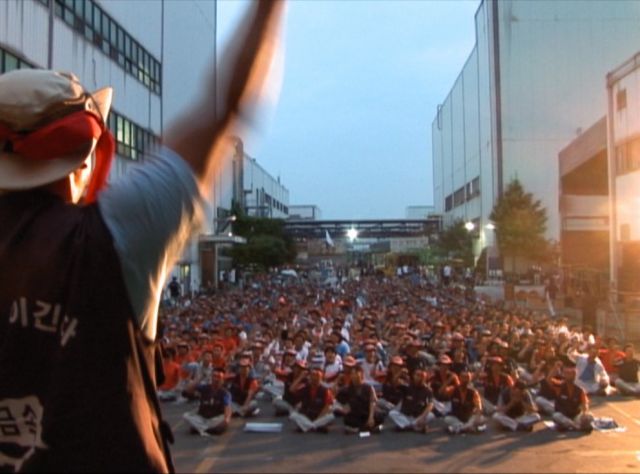 As the story progresses, Hyeon-woo's situation becomes more and more dramatic, since the child only wants to stay below the radar, but his father's practices do not allow him to do so, with the apogee being his running for the National Assembly. The kid is actually proud for his father, but he is not sure why he has to struggle so much, for so many years, instead of just getting another job. His father's lack of time to explain to him exactly what is going on, worsens the situation even more, with the same applying to the outcome of the strike. Furthermore, the result is that the kid strays as much away from his father's principle, eventually becoming a conservative who just wants to live a normal life.

Through these events, HAN Young-hee makes two points. The first one is that, in order for a fight like that to have even the slightest gain, one has to sacrifice many things, and in this case, including his family. The second seems to be a question, if it is all worth it, with Han wonderfully presenting this question through Hyeon-woo, who asks the same question repeatedly. 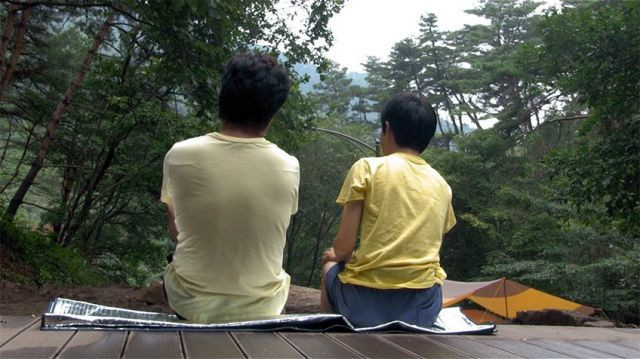 Han retains a rather good rhythm in the documentary with her editing, with the interviews giving their place to actual footage and vice versa, in a tactic that keeps the documentary interesting for the whole 108 minutes of its duration. Her camera is thorough, as she spent much time shooting inside the family's home and the various locations Hyeon-woo spends his time (school, walking with his friends, playing basketball), in a tactic that resulted in a very intimate spectacle, with her sensitivity keeping it from becoming prying. The plethora of close-ups catch the psychosynthesis of the characters and particularly of the boy's, to perfection.

"Good Bye My Hero" is a shuttering documentary that presents a perspective rarely shown on screen, and in that fashion, and through the artistry (precision, if you prefer) of its shooting, becomes a very interesting spectacle.

"Good Bye My Hero" is directed by HAN Young-hee.