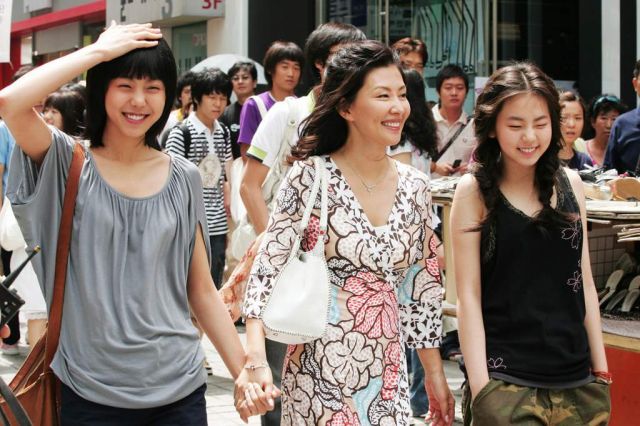 I have to admit that romantic comedies is one of the categories I rarely enjoy, as they are, for the most part, addressed to the female audience. "Hellcats" however, managed to get under my skin, as I found myself smiling repeatedly during the movie, particularly due to Kim Min-hee's performance, in one of her first, truly competent performances.

The story revolves around three women and the problems they face. Yeong-mi is a woman in her forties and a successful interior designer, who lives with her daughter, Kang-ae, a high school girl, and her sister Ah-mi, who has just extended her stay indefinitely, without actually asking. Yeong-mi takes a job at a stage play, where she meets young actor Kyoung-soo, who seems to have an interest in her. However, they have different perspectives for their relationship, since she is looking for something promiscuous and he, for something more. Furthermore, when her doctor informs her that she has menopause, despite the fact that she is young for something like that, her life takes a turn for the worse, at least in terms of her mood. Kang-ae has a boyfriend from school for quite some time, but has not managed to kiss him. When her friend, Mi-ran, comes up with a plan, Kang-ae finds herself having feelings for her, instead.

The protagonist of the film, however, is Ah-mi, an aspiring scriptwriter, who finds her life stuck both professionally, where she continuers to rewrite a script for a movie with no indication that it will ever get made, and has a boyfriend named Won-suk, who is an aspiring musician, but also with little success. Wishing to change her life, she agrees on a blind date with Seung-wong, a successful accountant, and finds herself torn, particularly when she catches her boyfriend cheating and has a drunken one-night stand with the latter. 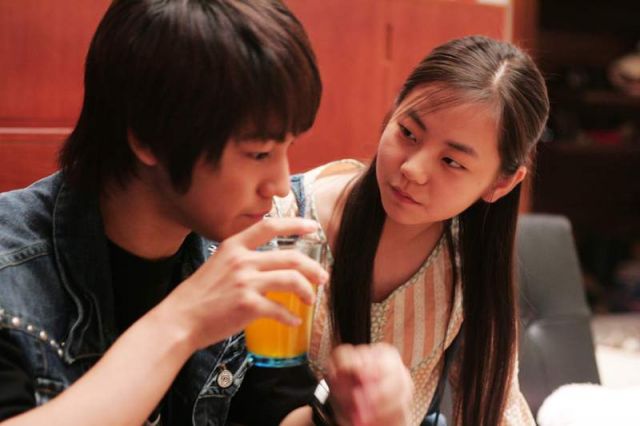 Kwon Chil-in directs an adorable and very sensitive movie that highlights his knowledge of women in the most delightful way. Through the script, he deals with the problem women of three different age deal with, in Korea. Yeong-mi watches the specter of middle age coming on to her, which seems like the only thing that can break her self-confidence. At the same time, he has to face the prospect of a serious relationship with a much younger man, something that does not seem to fit with her current profile. Kang-ae, as most teenagers, faces the issue of sexual orientation, and finds herself frustrated and confused by her newfound feelings.

Ah-mi, as a young woman in her late 20s, faces issues that have to do with her future, both romantically and professionally. Her biggest issue, though, is that she does not know what she actually wants regarding both, and even more, what she wants to change or keep from her current life. She is also confused and frustrated, and, as most 20-somethings, finds solace in alcohol, that result in a number of hilarious scenes where she appears adorably annoying. 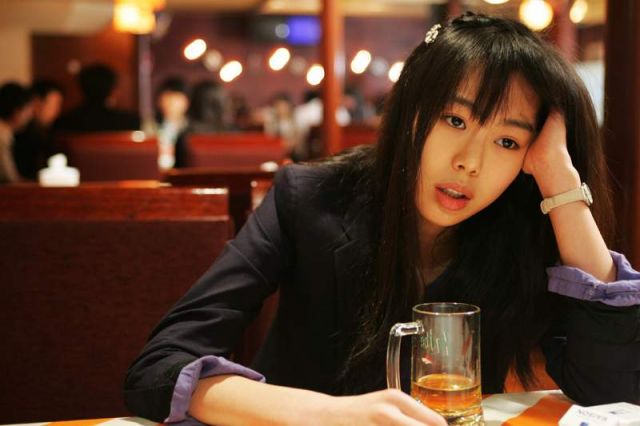 Kim Min-hee is great in the role, highlighting her frustration in truly convincing fashion, as she appears as a disoriented woman to the borders of neurosis. The scenes where she is drunk and out of control are the highlights of a great performance. Kwon Chil-in took advantage of her appearance, shooting her in different clothes and circumstances that highlight her undeniable beauty, but he (and she) was not afraid to deconstruct her previous image of the fashion model, as she also appears as a slob and a nerd throughout the film. Lee Mi-sook as Yeong-mi gives a more restrained, but equally competent performance of a woman who tries to appear detached and always confident, but fails to do so. Ahn So-hee as Kang-ae has the smallest part, but portrays the confused teenager quite nicely. Kwon Chil-in based the film much upon his actresses, in a tactic that benefits the production the most, with their chemistry being one of its highlights.

The sole fault I found with the narrative, is that the movie overextends itself a bit in 114 minutes, with a number of scenes close to the end that seem to just lag.

Despite this minor fault, "Hellcats" is a delightful movie that takes full advantage of its cast, and a film that will definitely leave a smile on your face, despite your gender.