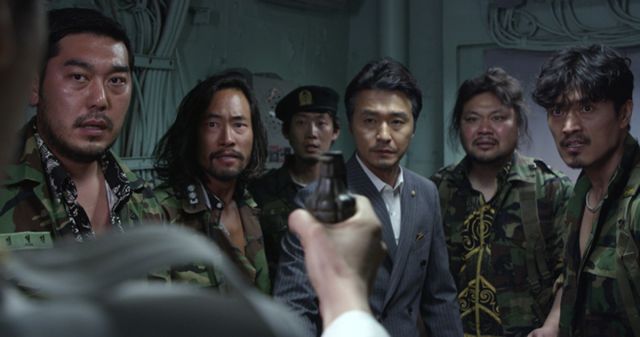 In a rather tumultuous period for him, with the accusations about his horrendous treatment of female actors in his films becoming public, and, let's face it, the lack of the quality that made him an international sensation in his latest works, it is good to see Kim Ki-duk back on form, in the style that has made him both famous and the object of controversy.

The rather surrealistic and full of allegories script takes place in a warship, which is taking a cruise with a number of quite different characters. The most central are a corrupt Politician and his supposedly idealistic son named Adam, a Gang boss and the rest of his group, a freshly-wedded couple comprising of Eve and her activist/idealist husband, the righteous Captain and his crew, and a strange old hermit. Trouble brews almost immediately since the politician receives special treatment both regarding his meals and by occupying the sole suite in the boat, to the disgruntlement of the rest of the passengers, who eventually express their annoyance, with the Gangster and his group taking the role of the bodyguard of the privileged, almost without consent, and despite Adam's protests. During the night, and after consumption of large quantities of alcohol, sex begins to dominate the setting, with a number of prostitutes "hanging out" with the crew and the gangsters. However, things soon take a turn for their worse when Eve and another woman in the boat get raped repeatedly, while Eve's husband ends up dead, with the gangsters and the politician and his son having a central role in all that is happening.

The next day, the people on board the vessel discover that the ship is flowing on air, above the clouds and the sea is nowhere to be found. Soon, their lives become a death race about the remaining food, with the Politician and the gangsters taking the role of the leaders from the Captain and the crew. The consequences are dire, and soon all hell breaks loose. As violence takes over, the only one who seems to hold his grip is the hermit, who starts planning for the future in cruelly logical fashion, while also taking Eve under his protective wing.

Let me start with an obvious but rather harsh reality regarding this, and frankly, a number of Kim Ki-duk's films: they are not addressed to (or even they are not to be seen by) women or women-rights activists. I do not know if this is a conscious choice by the director, but the depiction of everything the aforementioned groups fight against, (have been fighting actually), is here and is presented with a pragmatism as cruel as possible. The fact that in a plethora of occasions in real-life, women are physically incapable of escaping or even resisting the will of men is a concept that forms one of the bases of the film, but the way Kim Ki-duk has chosen to depict it is as grotesque as possible, since the medium he chose to do so is rape. Even more, Kim seems to go a step further with the finale, which also involves biblical references from the concept of Adam and Eve, that shows that rape can actually result in something "good", although the last scene  destroys even this idea. In my opinion, this approach is what deems the movie unacceptable by the aforementioned groups (to say the least), since Kim seems to throw reality in their face in a way that almost mocks everything they fight for. 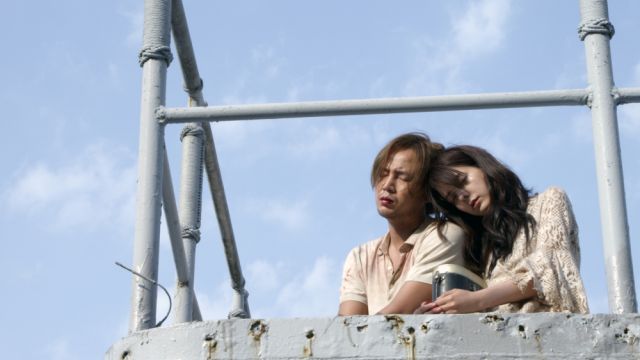 Apart from this, his sociopolitical comments are, mostly, obvious. Politicians just want power in order to retain a status (and the privileges that come with it) much higher than that of common people, and are willing to do anything to achieve just that, including having ties with organized crime and succumbing to various forms of violence. Furthermore, Kim seems to state that this concept is one of the main factors that lead to dictatorships. Kim also makes a direct comment on the fight between authority (The Politician) and idealism (Eve's husband), with the former presented as the obvious "winner", and the latter as a notion that does not apply in real life. Furthermore, the concept of opportunism and its tactics is presented through The Gang Leader and his crew.

The cruelty associated with the instincts of survival of humans is also presented in the harshest fashion, in a concept that has been revisited a number of times in cinema ("Die Welle" comes to mind) by putting people in a claustrophobic environment and making a group of them in-charge. Expectantly, Kim takes the concept to its borders by also adding the basic instinct of survival through the lack of food, as violence, murder and a number of other grotesque concepts eventually take over. 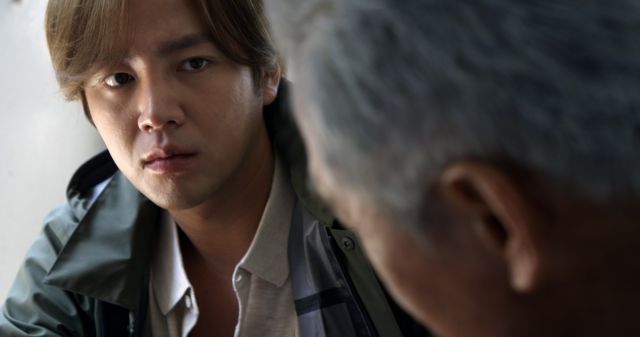 In that fashion, Lee Jung-in-II has done a great job in presenting the highly confined setting as hopeless as possible, while his cinematography also excels in the presentation of the transformation of the setting during the finale.

Another social/ psychological comment deals with the basic needs of human beings, with Kim showing that the need for food and sex are the most significant ones, while he depicts their clash in a way that could easily perceived as ironic. Regarding women, motherhood also comes to the fore, as an extended (towards their children) survival instinct that can also lead to violence.

Surrealism is also quite present here, through the concept of the boat stranded on air, the actions of the hermit, and the finale, with the last two also bordering on the grotesque. Another surrealistic element is the fact that Eve and her husband speak only Japanese during the film, with neither the rest of the passengers (who speak Korean) nor themselves depicted as being bothered by the fact they speak different languages during their interactions.

On another level, the movie seems to function as a tribute to some of Kim's previous works, with the style of the title sharing much similarities with "Spring, Summer, Fall, Winter... And Spring" and the finale with "The Bow". The Hermit, played by a, once more, great Ahn Sung-ki is also a tribute to all the silent characters in Kim's movies. Furthermore, the Hermit could be perceived as an instance of the director (as a general concept, but also of Kim Ki-duk), since he seems cruel and distant, but, actually, his actions aim at helping the passengers (metaphorically, the cast and crew of the film). 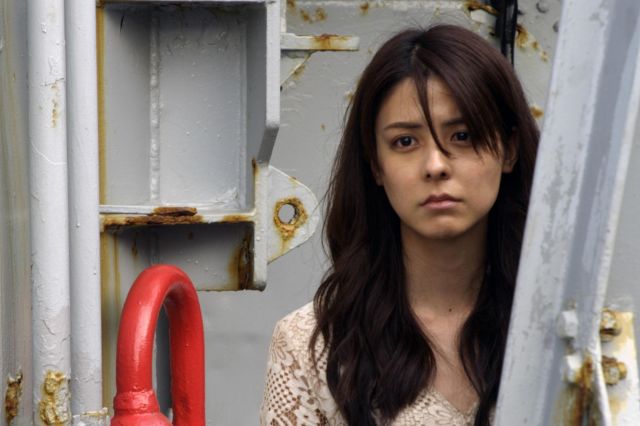 Regarding the acting, I could easily say that Kim has done a great job in the casting, and has managed to draw as much as possible from his actors. Lee Sung-jae is exceptional as the Politician, in the archetypical role of the noble villain. Jang Keun-suk is quite good as Adam, a man who struggles to retain his idealistic notions but finds himself adrift on the will of stronger men and events that surpass him. Ryoo Seung-bum is excellent as the Gang Leader, in the role of the "lackey". Mina Fujii as Eve is equally good, depicting a number of transformations her character experiences, that range from the absolute victim to the femme fatale, to the mother, to the victim again. Joe Odagiri as her boyfriend manages to steal a part of the show in the brief time he appears on screen.

Kim Ki-duk's own editing gives the film a relatively fast pace, with a number of jump cuts which, occasionally, make it a bit difficult to realize that time has passed on the boat, although this sense carries on very briefly. However, I felt that the film could have benefitted from some tighter editing, since the 2-hours on the same claustrophobic setting become a bit bothersome after a while, although the torrent of events compensate largely for this "fault".

"Human, Space, Time and Human" is the best film Kim Ki-duk has shot during the latest years (since "Pieta" and "Moebius") and I feel really glad to see the Korean auteur back on form. The restrictions I mentioned in the fourth paragraph, though, do apply, although those who can get past them, will discover a film of real value, as is the case of the majority of Kim Ki-duk's films.