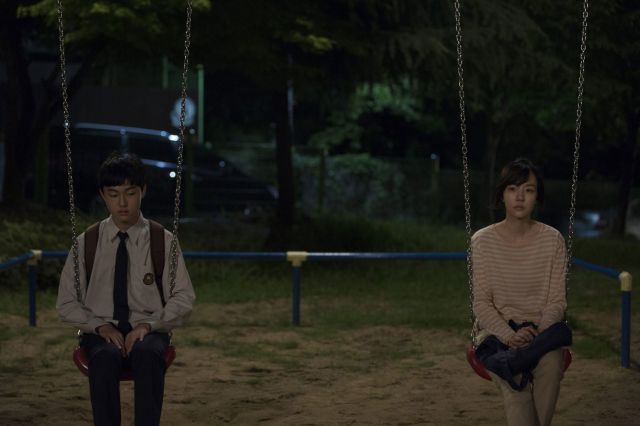 Lee Dong-eun continues his travels in the depths of the meaning of family, after "In Between Seasons", this time analyzing the concept of motherhood in its various forms.

Thirty-two-year-old Hyo-jin is an owner of a cram school, whose husband has died two years ago in a car accident. Her life is at a crossroads, since her business is not doing so well and she thinks of relocating, one of her teachers and her best friend Mi-ran is about to give birth and is to leave for a time at least, and her mother keeps nagging to her about her choices in life. Furthermore, Hyo-jin finds herself having to take care of sixteen-year-old Jong-wook, the son of her deceased husband and his ex-wife, who has also died. The boy has been brought up by his grandmother, who suffers from dementia and cannot take care of him anymore. Hyo-jin eventually, and quite reluctantly agrees, and tries her best to take care of the boy, who seems to have some troubles of his own, since he is searching for his biological mother, having learned that she is actually alive, while his girlfriend, Joo-mi, is impregnated by another man and wants to give her baby to a family for adoption.

Lee Dong-eun directs a film that unfolds in three axes, all revolving around motherhood. The first axis focuses on the relationship Hyo-jin has with her mother, which is filled with accusations from her behalf regarding the path her life has taken, as she watches her daughter repeating the mistakes she did in her life. The second axis focuses on the unwanted pregnancy of Joo-mi, and portrays a completely different aspect of motherhood, that involves both the mother that does not want to keep her child and the one who wants to adopt. This axis also entails Jong-wook's behaviour towards his friend's situation, in one of the film's most adorable aspects. The third and most central one focuses on Hyo-jin's relationship with Jong-wook, with the two of them trying to become an actual family, despite the lack of a biological connection, with the fact that the latter experiences adulthood, and the change of environment putting even more strain in their effort. 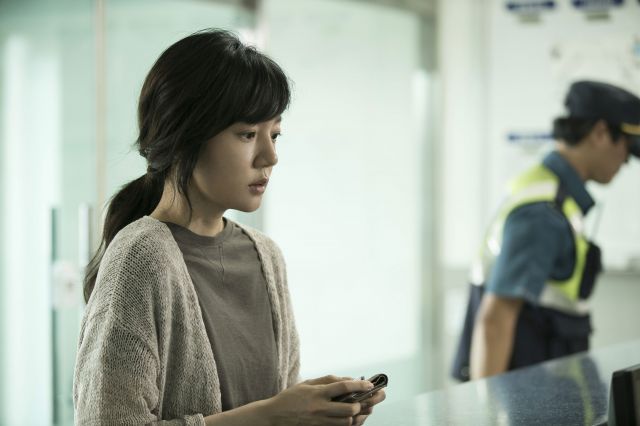 The messages deriving from each axis differ. The first one seems to communicate that no matter what is being said, the relationship between a mother and daughter is a very difficult one to break. The second one conveys the message that giving your child for adoption is not as bad as usually portrayed in cinema, since there are people who cannot take care of a child and others that are eager to do so, despite the fact they are physically unable. The third one states that family has nothing to do with biology, but with love.

Despite the thorough and quite analytical presentation of the concept of motherhood and family, I found the narrative somewhat faulty (the version I watched was uncut), particularly for two reasons. The first one has to do with Lee Dong-eun's editing, which is somewhat abrupt and changes timelines in a way that becomes confusing to understand what and when is going on. The second is that Lee wandered a bit too far in his examination of the subject, as he tried to examine it from many angles, in an effort that made it too difficult to retain a compact story. 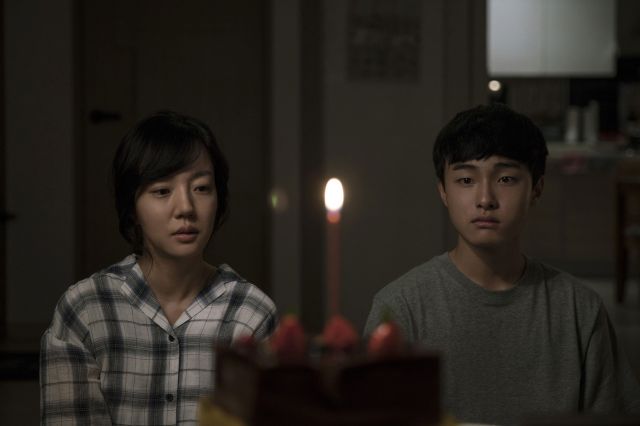 The above however, do not mean that the film does not have its merits, on the contrary, the presentation of the difficulties modern life presents, and particularly regarding families and their members' relationships is very interestingly portrayed, in realistic fashion. At the same time, Lee shows a great insight into womanhood, as he portrays a plethora of different aspects of the concept (businesswoman, mother, daughter, girlfriend, friend). Some elements of romance and a subtle, but very intelligent and quite hilarious sense of humor stress the entertainment aspect of the film.

The acting is also on a very high level. Lim Soo-jung as Hyo-jin portrays the various aspects of womanhood with gusto, particularly in the scenes where she tries to overcome her feelings and just do the right thing. Yoon Chan-young presents the confused adolescent Jong-wook adorably, highlighting all the aspects of being a teenager who has to change his whole life for reasons that have nothing to do with him, and cannot cope with the fact. Seo Shin-ae is also great as the aloof Joo-mi, providing a happy-go-lucky essence to the film that benefits its general aesthetics.

Despite its faults (many of which could be erased with some work in the editing), "Mothers" is a rewarding film that manages to show many aspects of motherhood in very interesting fashion.