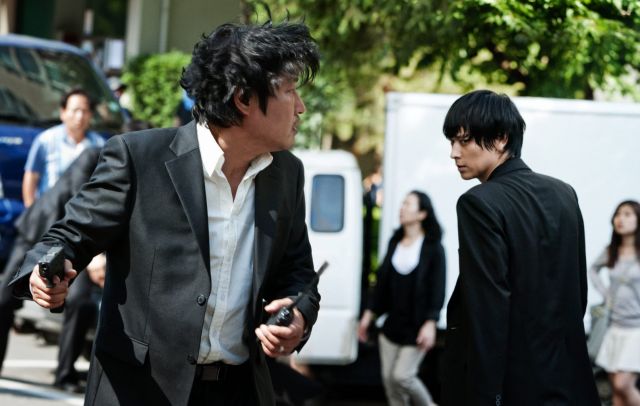 Jang Hoon, who started his career as an assistant to Kim Ki-duk, has only directed three feature films: "Rough Cut" in 2008, "Secret Reunion" in 2010, and "The Front Line", in 2011. However, all of them are considered masterpieces, with Hoon managing to combine commercial success with acclaimed reviews. This particular one holds the 47th place in the List of highest-grossing films in South Korea, while it also netted the Best Film Award from the Blue Dragon.

Song Ji-won and Lee Han-gyoo are special agents for North and South Korea, respectively. The two of them exchange glances during a North Korean assassination attempt of Kim Jong-il's second cousin, which fails due to Tae-soon's betrayal. Shortly after, Han-gyoo is discharged for mishandling the case and Ji-won takes the blame for Tae-soon, subsequently going into hiding from his commander named Shadow. Six years later, Ji-won and Han-gyoo meet again and through a series of seemingly random consequences, they end up working and living together. 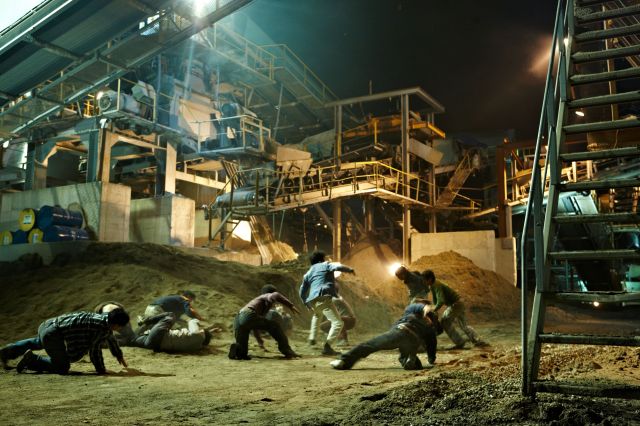 Jang Hoon directs a thriller that benefits the most from Lee Mo-gae's cinematography and Nam Na-yeong's editing, who implement elaborately the fast pace and the impressive action scenes, including car chases, lots of shootouts, blood, and many artfully choreographed brawls. Furthermore, he entailed many themes S. Koreans find entertaining, including the struggle between the two Koreas and the combined elements of thriller, comedy, and drama. The above elements explain the film's commercial success.

He based most of the film on Song Kang-ho's performance as Han-gyoo, who is once more magnificent in a very complicated role, which requires from him to appear as a hero, an everyday man, and a clown, in a very difficult task that he executes with distinctive ease. Gang Dong-won's part as Ji-won is far less demanding, since he portrays the silent, good-looking melancholic guy, without having to present any extreme sentiments or even talk too much. He functions well though, within the movie and his chemistry with Song is evident, and one of the film's greatest assets. Jeon Gook-hwan is also great as the cruel and violent Shadow, as he presents a great villain. In a somewhat peculiar tactic, there is no female role in the film, with the overall woman presence being nominal, in a clear notion that the film is chiefly addressed to male fans of action films. 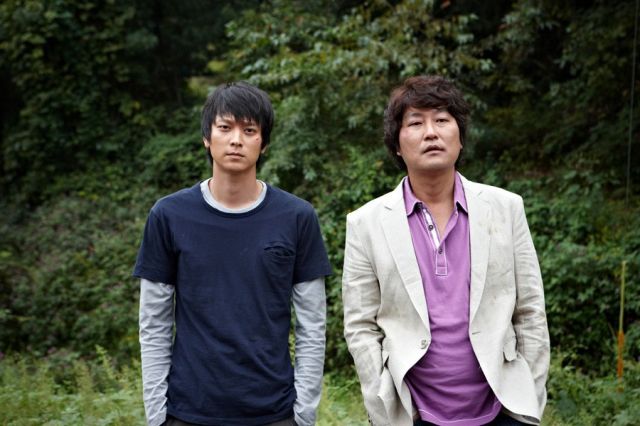 The sole fault of "Secret Reunion" lies with its duration, which should probably be about a bit less than its 116 minutes, since the movie slumps in the middle, with unnecessary lagging.

Nevertheless, "Secret Reunion" is a very entertaining film, which benefits the most from its production values and Song Jang-ho's performance.