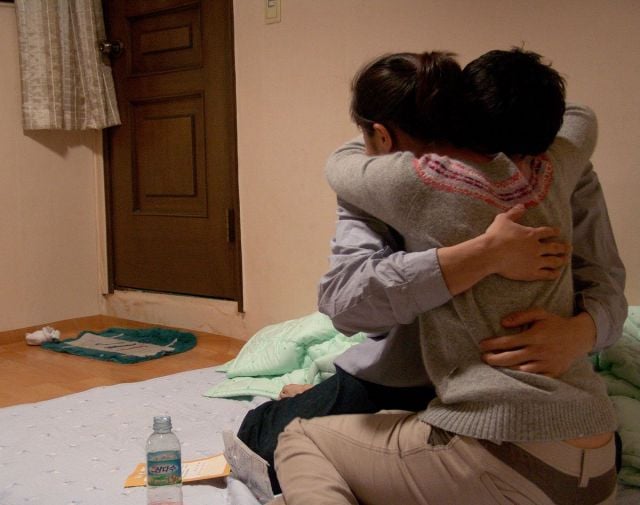 Hong Sang-soo's sixth film is one of his most enjoyable, while the style that would make him an international festival sensation later on, is almost complete in here.

The narrative unfolds in two axes, with the second deeming what we witness in the first something very different than it appeared in the beginning, with this duality being one of Hong Sang-soo trademarks. In that fashion, during the first part, we meet Sang-weon, a young man who bumps into Yeong-sil, a girl he has shared an unrequited love some years ago. After some heavy drinking and some failed attempts to have sex, the two make a pact of committing suicide together and proceed on doing just that, although things take an unexpected turn.  In the second part, that unfolds some years later, the narrative is completely turned upside down as Dong-soo, a struggling filmmaker comes out of a cinema that was playing the movie whose events we witnessed in the first part. Soon he stumbles upon the actual Yeong-sil, the actress that played the aforementioned, homonymous role in the film. The two of them have a rather strange series of encounters that ends up with both drunk and Dong-soo explaining that Lee Hyeong-soo, the director of the movie he watched, actually stole the idea for the film from him. 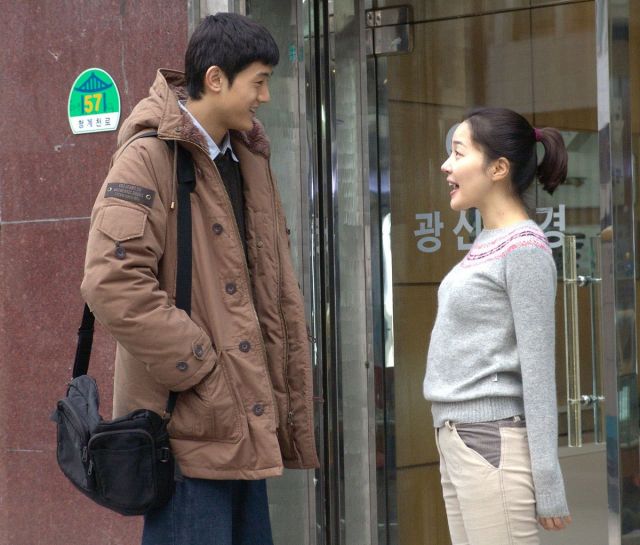 With these two wonderfully presented parallel stories, Hong Sang-soo makes a comment about "art imitating life", while at the same time, pointing the limitations of cinema as a medium presenting actual people's lives. The ingenious aspect of the narrative is the connection between the two parts, and particularly how the first part fills the gaps of the second and vice versa. Combining the two, one comes across the odyssey of a man trying to come in terms with his past. On a third level, the story seems as a harsh comment regarding the world of cinema, which is presented as a dog-eat-dog world, dominated by opportunists and rumors.

Apart from the above, the movie features a number of Hong Sang-soo trademarks. The one-on-one drunken discussions, the sudden zoom-ins to a specific character for emphasis, the abrupt cuts to rather realistic sex scenes, the excellent framing and a number of characters that could as well portray the director himself. In that fashion, Kim Hyung-koo and Kim Young-rho's cinematography is great in representing the realism that permeates the film, while Hahm Sung-won's editing induces the film with a rather fast pace for an indie film, while both aspects implement Hong Sang-soo's tricks elaborately.

The humor that would later on elevate his films in even higher levels is also here, but as a secondary element this time, mostly deriving from a scene where Sang-weon's mother confronts him. 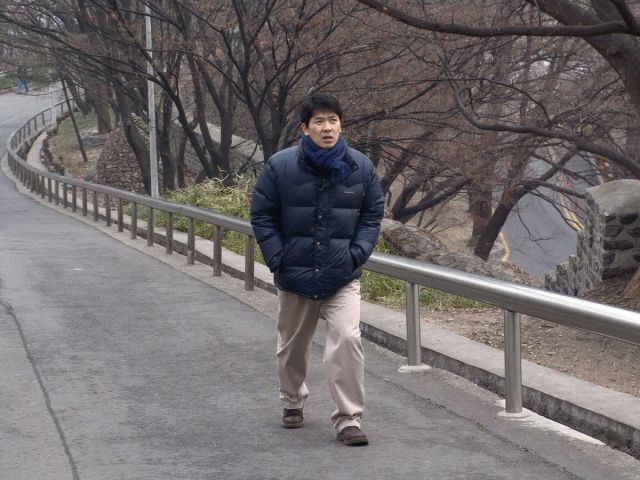 Kim Sang-kyung gives an excellent performance as Dong-soo, a man whose bitterness has turned him into an obnoxious, alcoholic individual, although for a good reason, as the story seems to state. Uhm Ji-won as Yeong-sil presents a rather detached persona, who functions more as a catalyst for the comments Hong Sang-soo wanted to make, playing the part convincingly.

"Tale of Cinema" is among the easiest Hong Sang-soo films to watch, and a rather entertaining spectacle that highlights the director's traits in the best way.

Available on an Arrow Film Blu-ray from Amazon