[Guest Film Review] "The March of Fools" with Full Movie

In his short-lived life (April 13, 1941 - February 28, 1979), Ha Gil-jong managed to have quite an impact in Korean cinema, particularly through the present film, which, despite severe censorship from the then authorities, managed to become a big hit at the time of its release, in 1975.

The script is based on Choi In-ho's homonymous novel, and revolves around two philosophy-studying freshmen named Byeong-tae and Yeong-cheol, who live carefree but also dateless lives. Their luck, however, seems to change, when a classmate of theirs arranges dates with the students of Ewha Womans University's French literature department, for a fee. The two young men, after an "adventure" with the police due to their long hair, finally manage to meet their matches, manipulative gold-digger Yeong-ja, and the short-tempered Yeong-sook, respectively. The four of them have their moments, both together and in couples, mostly involving drinking and dreaming about the future, but a dark cloud seem to hover over their heads, which takes a large toll, particularly on the boys.

Ha Gil-jong directs a movie that captures the mood of the era, and particularly the impact it had on youths, almost to perfection, despite the fact that the regime of the time did not allow him to express his opinion as freely as he wished. In order to achieve presenting his comments, Ha had to implement a subtle approach, through the use of humor, and an atmosphere that, at times, could be described as happy-go-lucky. The comments, however, about the regime, education, relationships, profession, the role of women and particularly the westernization of culture and everyday life, are quite evident and occasionally, quite pointy. 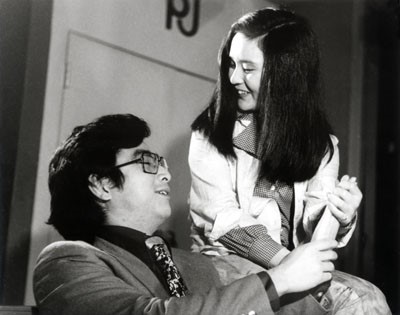 At the same time, and although the protagonists seem to have a good time, it is obvious that something is creating problems for them, as revealed in a number of conversations, once more in subtle fashion. Their agonies about the path Korean society, and subsequently, their lives are taking are palpable, in an era where the economic growth and the strict laws of the dictatorship went hand by hand. The scene with the paperboy is a distinct sample of the fact, while the "solution" Ha provides in the finale combining both a highly dramatic and a happy ending path, with the latter scene being one of the most famous in Korean cinema. 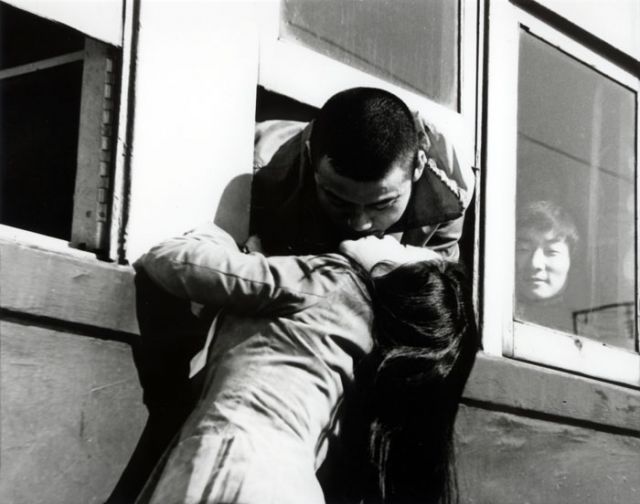 In terms of cinematography, Jeong Il-seong implements an approach that fits the film's aesthetics quite nicely, with a number of dizzying shots, particularly in the scenes where the two men "interact" with the police, following the steady ones that dominate the movie. Although the focus is on realism, Jeong does not fail in portraying a number of images of extreme beauty, particularly in the panoramic shots of the finale. The editing is a bit abrupt, but I guess this was rather expected at the time.

The acting follows the same combination of comedy, drama, and realism, with all of the cast portraying their roles in complete resonance with the film's aesthetics. The one who stands out, though, is Lee Young-ok as Yeong-ja, whose mischievous, to the point of cunning, nature is portrayed with gusto.

"The March of Fools" is a great film, which manages to surpass the limitations of the era in its portrayal of the lives of youth at the time, and a true classic of Korean cinema.

"The March of Fools" is directed by Ha Gil-jong and features Yoon Moon-seop, Ha Jae-young and Lee Young-ok.

"[Guest Film Review] "The March of Fools" with Full Movie"
by HanCinema is licensed under a Creative Commons Attribution-Share Alike 3.0 Unported License.