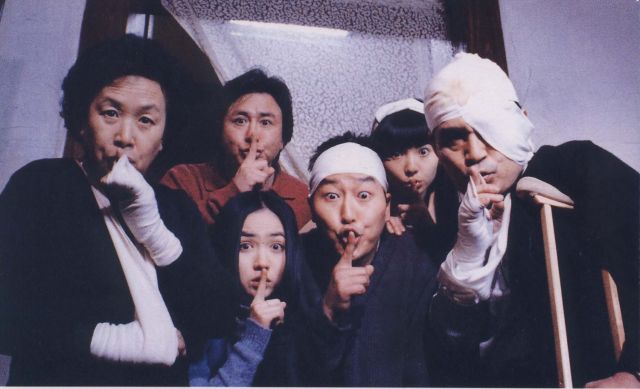 Kim Jee-woon's debut did not have much to do with his later films, apart from the cast that includes Choi Min-sik and Song Kang-ho, as it is a very strange film, which could only be described as a slapstick black comedy.

The Kang family, that includes Kang Tae-goo, his wife,  their three children, Yeong-min, Mi-na and Mi-soo,  and Taegu-s brother, Chang-ku move to the countryside, where they open a lodge in the outskirts of a small town, in a mountain that is regularly visited by hikers. However, the lodge does not seem to have any customers and the family starts drowning in restlessness. Eventually, one customer arrives, but he commits suicide the first night, using the hotel keys. Fearing that it would ruin the establishment's reputation, they decide to bury the stranger. The next customers are a couple, who also commit suicide and eventually share the same fate with the previous visitor.

However, after these incidents, the lodge starts having customers, while news on TV speak of a number of N. Korean spies penetrating the country. The family though, takes a step forward in their shenanigans, as they also kill some people themselves before they bury them. Eventually, they realize that a road will pass through the place they buried the bodies, and at the same time, they become involved in a conspiracy plotted by the head of the village, whichinvolves a hired killer. 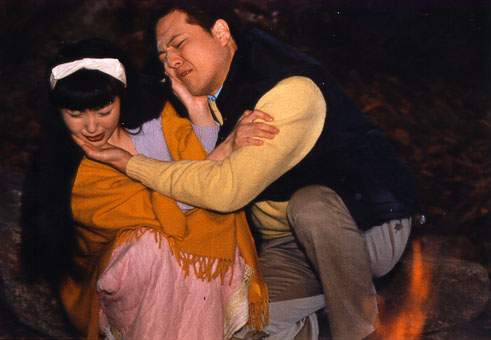 Kim Jee-won directs and pens a film almost nonsensical, as it unfolds like a collage of different episodes rather than a solid story. However, these episodes are quite entertaining as they combine minor violence with black humor, based on the family's mischievous, but evidently naive characters. The episodes that stand apart are definitely the one with the "ridiculous" duel between Yeong-min and a visitor who tried to rape Mi-soo, the various scenes where Yeong-min is trying to spy on couples having sex in the rooms and the one where, in distinct black humor fashion, the family brags that their abilities in digging have increased.

The film is evidently low budget, with most of it occurring in the lodge and the near-by woods. In that fashion, Jung Kwang-suk's cinematography is nothing impressive, although it works quite well in the general setting. Ko Im-pyo's editing follows the nonsensical progress of the script. The soundtrack on the other hand is great, as Kim Jee-woon included some great songs like "Tres Delinquents" by Delinquents Habits and "Soul Deep" by The Box Tops and combined them quite well with the film's images to present some truly impressive sequences.

Most of the actors in the movie perform like caricatures, in harmony with the slapstick aesthetics of it. Expectantly, the ones who stand apart are Choi Min-sik as Chang-goo and Song Kang-ho as Yeong-min, with Kim Jee-woon pairing them in many scenes in order to draw from their obvious chemistry. 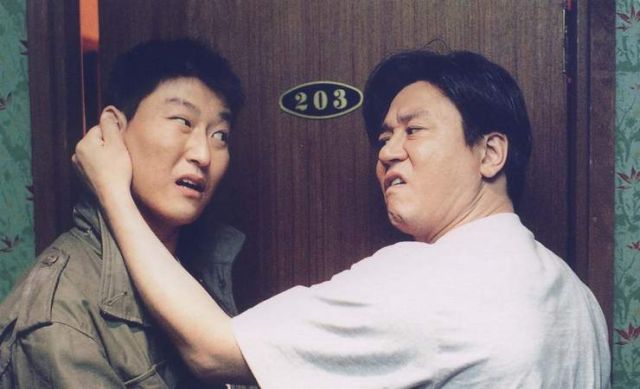 "The Quiet Family" is obviously on a lower level than Kim Jee-woon's next works, but remains a very entertaining film in its illogicality.