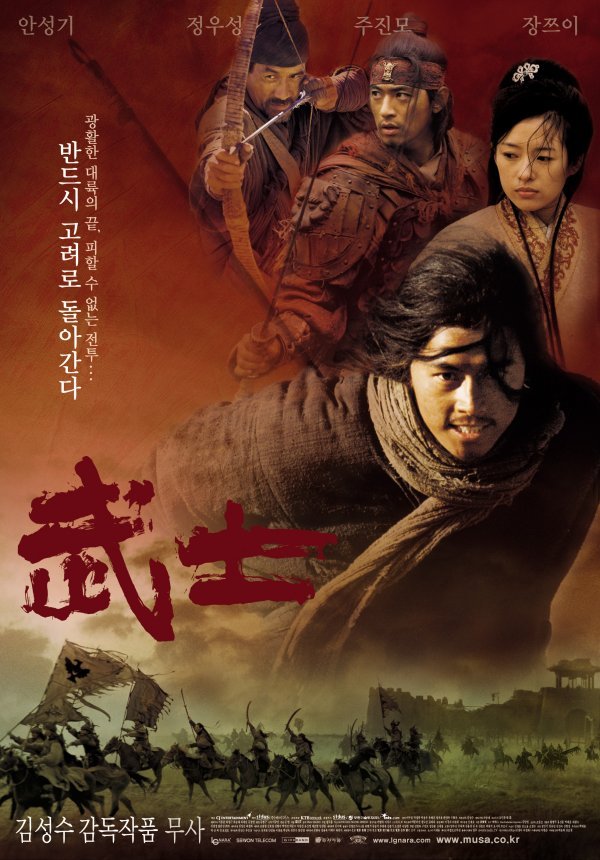 "Musa" is one of the most expensive productions in the history of Korean cinema (it was the most expensive when it first screened, in 2001) and one of those films that turned the global audience towards the country. Based on historical facts, with an attention to detail that even resulted in each protagonist using his tribe's language, and featuring a great cast of Korean actors plus Zhang Ziyi, "Musa" is a truly impressive film.

The story takes place in 1375 China, where Ming dynasty has just succeeded Yuan. The respective Korean one, Koryo, wishes to strengthen its relationship with the new rulers, and towards that purpose, sends an envoy to the Ming court. Unfortunately, the diplomats are obstructed in their mission to deliver their message and subsequently are accused as spies and exiled in a remote desert.

The script focuses on the adventures of this team, as they try to cross the desert and reach their country, amidst extremely harsh conditions and the continuous attacks by the Yuan. Four characters stand apart: Young general Choi-jung, ex-slave turned bodyguard Yeo-sol, low-ranking veteran Jin-lib, and Ming princess, Bu-yong, who is added to the company after she is rescued from the Yuan. A love triangle eventually is shaped among her, Choi-jung and Yeo-sol. 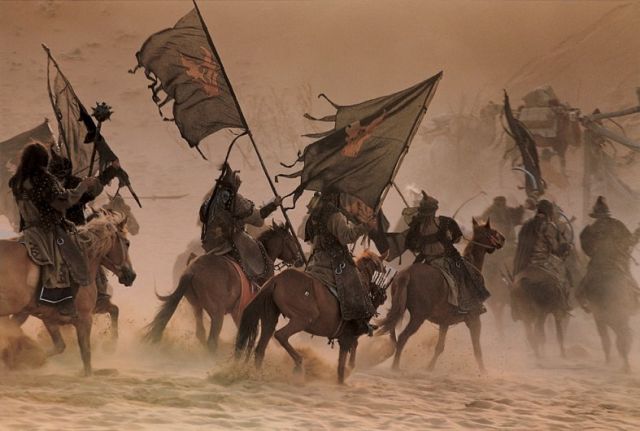 Kim Seong-su focuses chiefly on the action, putting aside the rest of the story's aspects and particularly the romantic relationships, which are not developed at all. On the other hand, the characters' analysis is thorough, considering the nature of the film.

The various battles are impressive as they are realistic, benefitting the most from Kim Hyun's editing and Kim Hyung-koo's cinematography, which also presents images of beauty in various surroundings, including desert, forests and rivers. 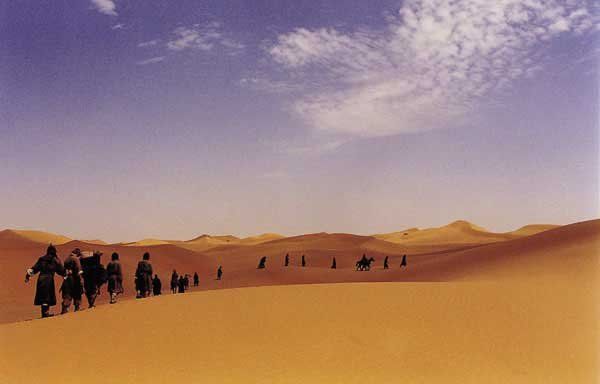 In the protagonist roles, Joo Jin-mo is mediocre as Choi-jung, Jung Woo-sung rarely talks and mostly fights as Yeo-sol, Ahn Sung-ki gives the best performance in the film as Jin-lib, and Zhang Ziyi acts relatively good as Princess Bu-yong, although her part mostly involves her looking fragile and beautiful, something she accomplishes with ease. In general, the actors chiefly service the action, as is the case, usually, in similar films.

"Musa" is a very entertaining film, despite its lack of depth, which stands apart from the plethora of action movies due to its attention to historical detail and realism.