Guitarist Lee to Perform For Fans 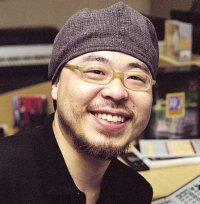 Prepare for a romantic evening with the jazzy guitar licks of Korea's best guitarist Lee Byeong-woo.

Lee, a successful guitarist and music producer for various dramas and movies, is holding his 2008 Lee Byeong-woo Guitar Concert for fans.

The 43-year-old musician has been in the industry for more than 20 years, and has gained popularity with his work in various areas, from drama and films to orchestras.

At this concert, guests will be able to watch Lee play the "dual guitar" - a guitar that has two necks. This special guitar was designed by Lee himself, allowing the player to obtain two different sounds. One neck was designed as a classical version, while the other acoustic.

The guitarist will offer his favorite numbers from his albums, including "Bird" and "Voyage" along with a classic guitar concerto. Guests will also have the chance to listen live to his famous numbers that appeared in hit movies. The original soundtracks from the movies "`The King and the Clown" (2005), "The Host" (2006) and "A Tale of Two Sisters" (2003) will be presented by a 50-member orchestra.

Guitar fanatics will love the performance, for the master will also offer experimental electric guitar numbers as well.

Lee graduated the University of Music and Performing Arts, Vienna in 1994, and has won numerous awards including the Harold Randolph Prize, the Yale Gordon Concours in 1998, the Golden Goblet Award at the Shanghai International Film Festival for "Untold Scandal" in 2003 and music awards from local film festivals including the Korea Film Festival for "My Beautiful Girl, Mari" in 2002 and the Blue Dragon Awards as music director for "The King and the Clown". He recently finished working on the movie "TOKYO!" directed by Korean director Bong Joon-ho, and French directors Leos Carax and Michel Gondry.

Thanks to his experimental approaches to collaborations and projects and talent in bringing unique sounds regardless of genre to the guitar music scene, he is known as a "multi-guitar player".

As a guitarist, composer, writer, arranger and producer, Lee will offer a rich, rewarding evening for fans.

"Guitarist Lee to Perform For Fans"
by HanCinema is licensed under a Creative Commons Attribution-Share Alike 3.0 Unported License.
Based on a work from this source