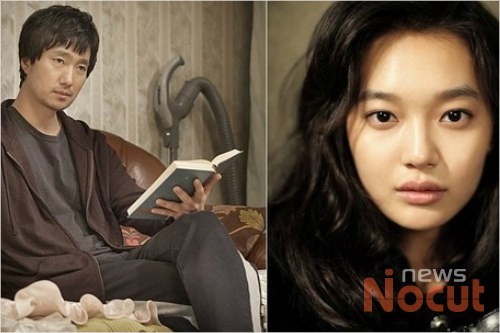 Actor Park Hae-il and actress Shin Min-ah have been cast for the movie "Gyeongju" by director Zhang Lu. They starred in the movie "A Million".

"Gyeongju" will be filmed in Gyeongju in the Kyeongsang Province. This movie is a comical one about a man and a woman for a day and a half.

Park Hae-il takes on the role of a professor from Beijing who comes to Korea for a funeral and Shin Min-ah is the owner of a tea store.

Park Hae-il is imprinted in Shin Min-ah's mind as a strange man when they meet in Gyeongju coincidentally.

Jang Yool is a famous director who's been to Cannes, Berlin and other famous international events.

""Gyeongju" Park Hae-il and Shin Min-ah"
by HanCinema is licensed under a Creative Commons Attribution-Share Alike 3.0 Unported License.
Based on a work from this source