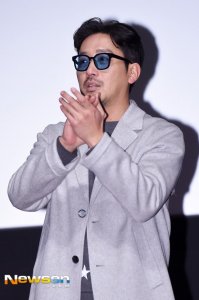 Ha Jung-woo will star together with the Japanese actor Satoshi Tsumabuki in a film tentatively titled "Boat". Kim Young-nam is at the helm of the project and Aya Watanabe writes the scenario.

HA and Tsumabuki will portray smugglers who work together while they are based at each side of the East Sea. Complications arise when they receive the order to kidnap a Korean woman together.

Kraze Pictures (Korea) and IMJ Entertainment (Japan) share an equal financial share in the production which is scheduled for a release in 2009.

"HA Jeong-woo in Korea-Japan co-production"
by HanCinema is licensed under a Creative Commons Attribution-Share Alike 3.0 Unported License.
Based on a work from this source