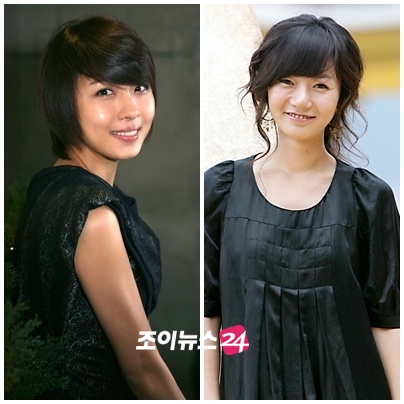 Actress Ha Ji-won and Bae Doona are training for their roles as table tennis players.

Ha Ji-won and Bae Doona have the roles of table tennis players in diector Moon Hyeon-seong's movie "As One" and it's being said that they are almost as good as pros.

A movie staff conveyed, "I hear Bae Doona had once been a table tennis player when she was young. Therefore she has the basics and has skills close to those of a pros. Ha Ji-won has good athletic skills so she is absorbing this sport very quickly".

The star table tennis player of Korea, coach Hyun Jung-hwa is also advising them according to their training and visiting the site often, raising expectations for the movie.

According to the true victory of the inter-Korean team in 1991 at the World Table Tennis Championships in Chiba, Ha Ji-won is Hyun Jung-hwa and Bae Doona is Hyun Jung-hwa's opponent, North Korean Lee Boon-hee. Oh Jung-se is Yoo Nam-gyoo and other casts include, Han Ye-ri, Choi Yoon-young, Park Young-seo and more.

"Ha Ji-won and Bae Doona are better than pros in table tennis"
by HanCinema is licensed under a Creative Commons Attribution-Share Alike 3.0 Unported License.
Based on a work from this source