Ha Ji-won and Bae Doona in "As One", still cuts 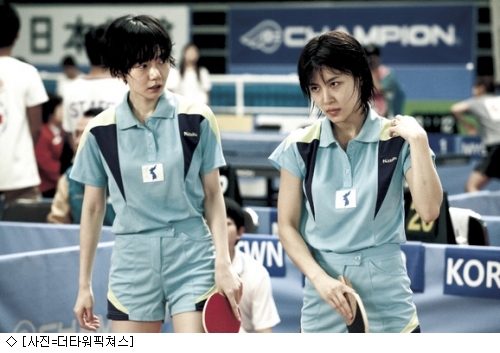 Actress Ha Ji-won and Bae Doona's "As One" released still cuts from the movie.

In the pictures, Ha Ji-won is being trained one-on-one by former National table tennis athlete Hyun Jung-hwa. In another picture, Ha Ji-won and Bae Doona are standing along a table with passion their eyes.

The two have been getting table tennis training since before the making of the movie and they both are as good as any other athlete.

The movie spokesperson said, "Bae Doona has the experience of being a table tennis athlete when she was young so she has a good base and talent like any other athlete. Ha Ji-won is also a good sports player so she was able to understand what was being taught to her easily". 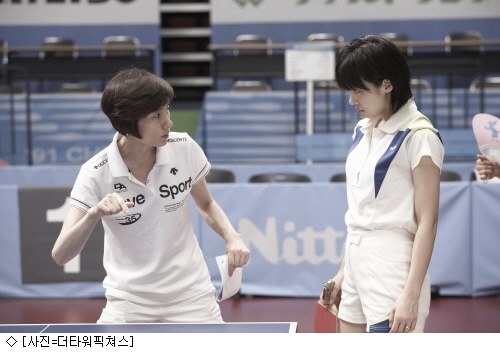 Coach Hyun Jung-hwa has been advising them according to their training and visiting them often on the movie site. Having shown tenacity and will in the steal cuts, Ha Ji-won and Bae Doona's "As One" will be released at the early half of this year.

Based on the true story of the victory of the South and North Korean teams at the Chiba International Table Tennis Championships in 1991, Ha Ji-won represents Hyun Jung-hwa and Bae Doona represents Lee Boon-hee from the North. Oh Jung-se has the role of Yoo Nam-gyoo and other casts includes Han Ye-ri, Choi Yoon-young, Park Young-seo and more.

"Ha Ji-won and Bae Doona in "As One", still cuts"
by HanCinema is licensed under a Creative Commons Attribution-Share Alike 3.0 Unported License.
Based on a work from this source