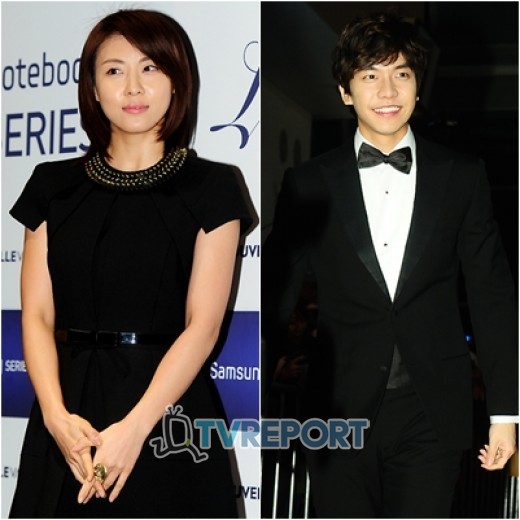 The MBC drama "The King 2 Hearts" had started script reading.

The cast including Ha Ji-won and Lee Seung-gi met at the Ilsam MBC Dream Center and completed their first script reading.

"Producer Lee Jae-gyoo who is known to be gentle and Lee Soon-jae as well as Youn Yuh-jung who are known to be strict and well-balanced attended the script reading and was an interesting time. The reading went on for about five hours from 7PM to 11PM".

"The King 2 Hearts" is a black comedy about the completing love between North Korean Prince Lee Jae-ha and Special Forces female sergeant Kim Hang-ah, overcoming the prejudice and interference around them during a so-called time of constitutional monarchy.

This movie is an anticipating one with the leading cast of Ha Ji-won who is a fixed box office hit and Lee Seung-gi. "The King 2 Hearts" will start shooting on the 31st and start airing on the 14th of March after "The Sun and the Moon".

"Ha Ji-won and Lee Seung-gi's first script reading"
by HanCinema is licensed under a Creative Commons Attribution-Share Alike 3.0 Unported License.
Based on a work from this source