Ha Ji-won heats up this spring with "As One" 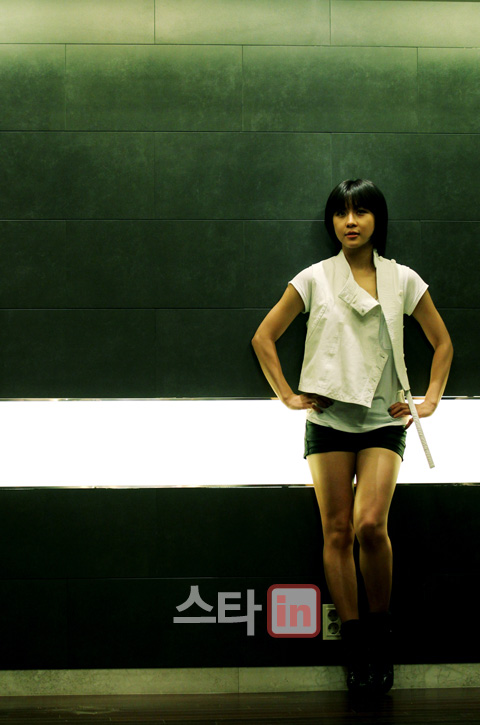 "Action is hard but it's alluring, so I don't fear it" (Lee Na-young from movie "Howling"). "I want to become like Ha Ji-won" (Go Ara from movie "Pacemaker").

It's unusual for actresses to have a thing for action. Most women pick Ha Ji-won as their role-model. There are well-known stories of her practicing to walk on a tightrope in front of her house for a scene that lasted only 3 minutes in the drama "Hwangjin-i" and practicing how to ride a motorbike for ten days in preparation for a scene in the movie "Sector 7".

Ha Ji-won is coming back this spring with another action movie. The movie "As One" has confirmed its release date and started promotions. It has been confirmed to be released in May.

"As One" is a human drama based on the true story of the 1991 Chiba International Table Tennis Championships, where the North and South Koreas had their first victories. It's a new sports drama that joins the ranks of movies like "Forever the Moment" and "Take Off". The movie will translate hopes of unification between the North and South through the friendship between Hyun Jung-hwa and Lee Boon-hee, representatives of each nation.

Ha Ji-won is Hyun Jung-hwa in this movie. Li Boon-hee will be played by actress Bae Doo-na. As soon as she was cast for the role, Ha Ji-won trained under the real-life character Hyun Jung-hwa. She cried tears and sweat hearing stories of the moment. Ha Ji-won was said to even be ready to compete with a young table tennis player.

It was only recently revealed that Ha Ji-won would appear as Hyun Jung-hwa. She was being trained by coach Hyun Jung-hwa and standing shoulder to shoulder with actress Bae Doo-na. Ha Ji-won said, "Bae Doo-na has been a table tennis athlete since she was young so I tried to keep up with her".

Ha Ji-won is currently on break after making the movie. She has never had a break longer than six months since the year 2000. She is the only actress in the county that isn't picky about her films' genres: action, thriller, comedy or melodrama. She said, "My trainer tells me my muscles are quite impressive for an actress". She has been injured several times but she still carries on with the action.

Recently she has been on the casting list for the drama "The King". Her management said nothing's been confirmed yet but fans are waiting. A company recently named Ha Ji-won "The Rising Lady of 2012" along with the launching of its own products, proving that fans out there show her a lot of attention and love.

"Ha Ji-won heats up this spring with "As One""
by HanCinema is licensed under a Creative Commons Attribution-Share Alike 3.0 Unported License.
Based on a work from this source