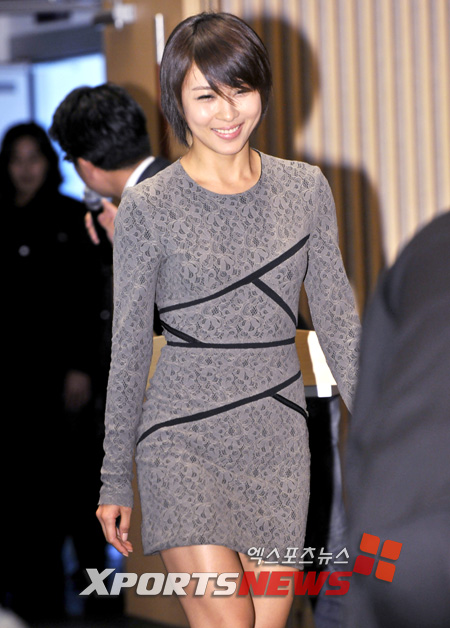 Actress Ha Ji-won is deep into playing table tennis for her new role.

Her new movie "As One" (directed by Moon Hyeon-seong) is a sports movie about the Korean female table tennis players who won over the Chinese in the World Wide Table Tennis Championships in Chiba, Japan in 1991.

Playing the role of Hyun Jung-hwa in the movie, Ha Ji-won has been getting direct coaching from her since February.

Meanwhile, those who have heard this news say, "I'm looking forward to her transformation", "She should play out this role well as good as an athlete she is" and such.

"Ha Ji-won plays table tennis with Hyun Jung-hwa... why?"
by HanCinema is licensed under a Creative Commons Attribution-Share Alike 3.0 Unported License.
Based on a work from this source