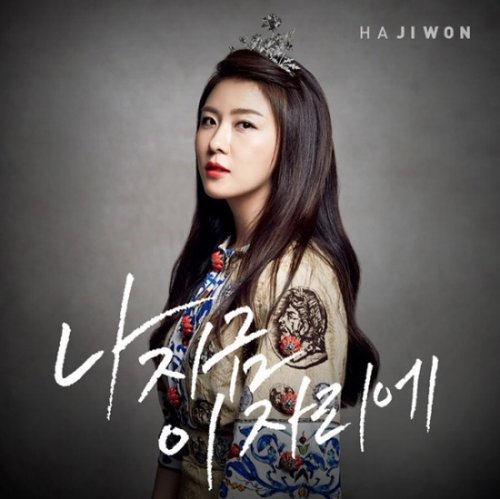 Ha Ji-won is releasing a single titled "I Am Right Here".

According to Sun and Moon Entertainment, Ha Ji-won is releasing a digital single titled, "I Am Right Here" on various music sites on the 13th.

"I Am Right Here" is written by Jung Kyung-soon and produced by Jeong Jae-yoon from the group Solid.

This single is a token of appreciation for the fans who watched "Empress Qi" for 7 months and haven't been able to let go of her yet.

Meanwhile, Ha Ji-won is going to sing this song on the 28th at her first official Japanese fan meeting.

MBC drama "Empress Qi" ended on the 29th of April.

"Ha Ji-won's single "I Am Right Here""
by HanCinema is licensed under a Creative Commons Attribution-Share Alike 3.0 Unported License.
Based on a work from this source