Ha Ji-won steams herself in sawdust 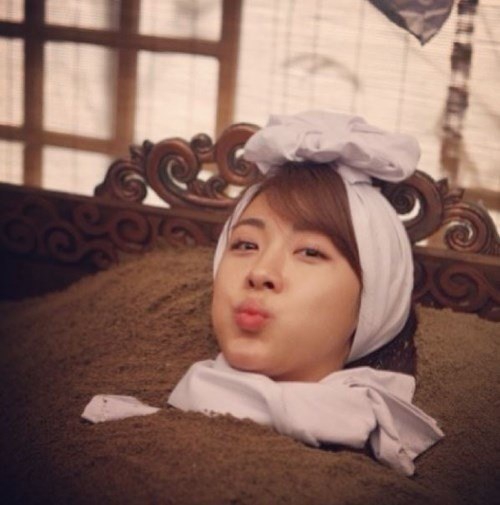 Ha Ji-won took a picture while steaming herself in sawdust.

She took an Instagram picture saying, "I am in sawdust, just like the way they did it in the Chosun times".

She's buried in sawdust with just her face sticking out and looking at the camera. She's wearing a white towel around her head.

Netizens say, "She gets prettier", "Is that how they used to do it?" and more.

"Ha Ji-won steams herself in sawdust"
by HanCinema is licensed under a Creative Commons Attribution-Share Alike 3.0 Unported License.
Based on a work from this source