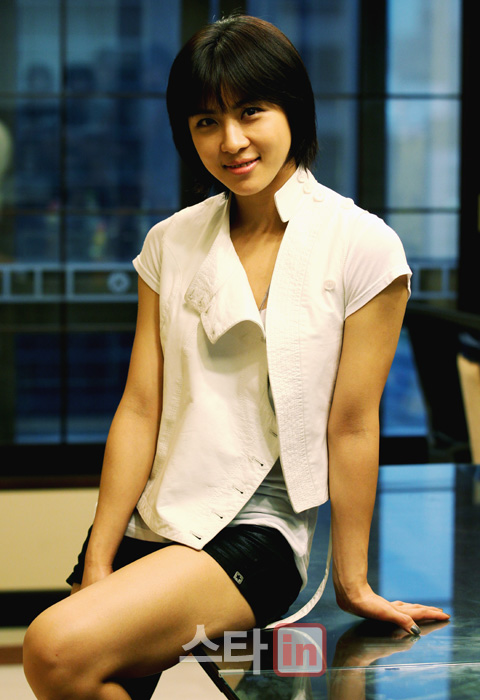 Actress Ha Ji-won is currently engrossed in learning the North Korean dialect with her drama come back in a year coming up soon.

She is going to be in the new MBC mini series, "The King 2 Hearts" starting this March. Her role in the drama is Kim Hang-ah, a North Korean Special Forces sergeant.

Ha Ji-won also attended an action school in Paju for this movie. She doesn't need action in this movie but for the little action that she might need as a Special Forces sergeant, the needs to be prepared.

Another point of interest is that Ha Ji-won will have long hair up to the shoulders. In her past few works like "Secret Garden", "Sector 7" and "As One" she has always been in short cut hair.

"The King 2 Hearts" has started shooting recently and posters have been out on the 14th. "King 2 Heart" will be aired right after "The Sun and the Moon" in mid-March.

"Ha Ji-won studies North Korean and grows her hair"
by HanCinema is licensed under a Creative Commons Attribution-Share Alike 3.0 Unported License.
Based on a work from this source