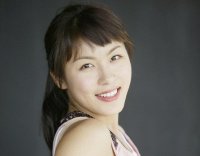 Actress Ha Ji-won, well known for her roles in the movies "Love So Divine" and "Duelist" as well as the TV dramas "Something Happened in Bali" and "Damo", will hold her first meeting with Japanese fans May 26.

The meeting will take place at Tokyo's Nakano Sun Plaza Hall, which can accommodate 2,200 people. Ha will shake hands with all of her fans who come to see her on that day.

Ha's fan base in Japan has expanded since movies and TV dramas starring the actress opposite such top hallyu stars as kwon Sang-woo, Yeon Jung-hoon, Gang Dong-won, So Ji-sub, Jo In-sung and Lee Seo-jin were shown in Japan. The news about her first fan meeting in Japan has drawn significant attention from Ha's fans.

Ha has recently drawn the spotlight as another promising hallyu star for her versatile acting in movies and TV dramas of various genres, such as epic dramas and contemporary films.