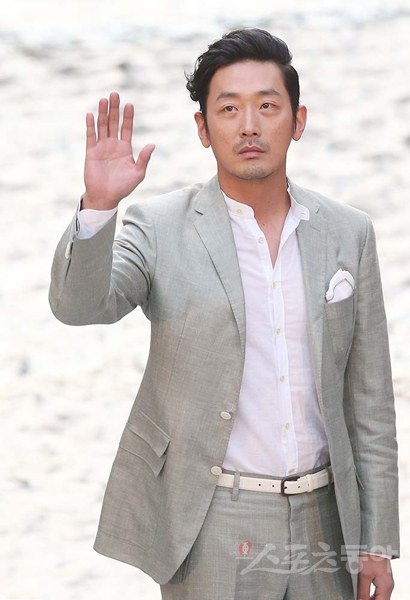 Ha Jung-woo headed for Hawaii once again. He's taking some time off to re-energize and revitalize prior to his upcoming movie.

It is a known fact, Ha Jung-woo's attachment to Hawaii. He spends most of his time in Hawaii when he's not working. He preaches about Hawaii to others and even said he wanted to be the promotional ambassador of Hawaii.

With 2~3 weeks to go before his next movie, he headed for Hawaii. The making of the new movie "Tunnel" starts in early November so he doesn't have much time but he didn't miss the chance to take a short vacation.

He is going to look through the new scenario while he's there. He has other movies like "Along With the Gods: The Two Worlds", "The Berlin File 2" and others coming up in the future.

He's going to join "Tunnel" as soon as he comes back. The movie is directed by Kim Seong-hun and it's about a man who is trapped in a caved-in tunnel and those who try to save him.

"Ha Jung-woo heads for Hawaii to recharge"
by HanCinema is licensed under a Creative Commons Attribution-Share Alike 3.0 Unported License.
Based on a work from this source