Ha Jung-woo "I hope no harm to Kim Tae-hee" 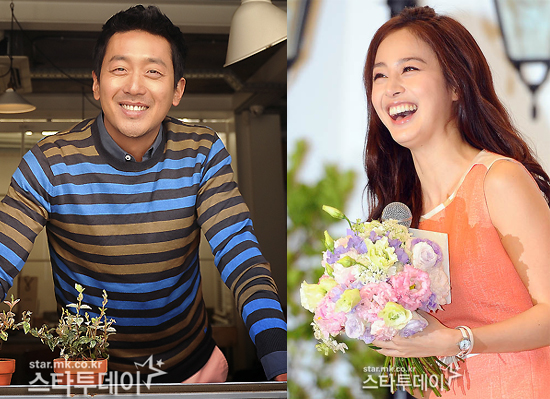 Actor Ha Jung-woo expressed his apologies to Kim Tae-hee for the scandal.

He claimed, "I heard about it from the people around me but it's not true that Kim Tae-hee and I have something going on".

He said, "We met with movie makers a couple of times and that's all. I apologize to her and I hope she's not offended in any way".

Previously Ha Jung-woo's agency Fantasio CEO Na Byeong-joon claimed, "We looked at some Chinese stock pamphlets. But the scandal is nothing but ridiculous rumors. It hasn't been long since he broke up with his ex-girlfriend and he has no time to be in a relationship because of his work. It's just a rumor".

"He met Kim at events or parties. Them being seen with other movie makers for drinks might've caused the rumor. He's close with everyone including actors and actresses. Rumors like this start because many people adore him".

Ha Jung-woo and Kim Tae-hee's scandal started off early this year and was a massive rumor that wasn't identified. It was a hot issue for a while among business people and even some common people started accepting it as truth.

Meanwhile, Ha Jung-woo is coming back with the movie "In Berlin" with producer Ryoo Seung-wan.

Kim Tae-hee will come back with the SBS TV drama "Jang Ok-jeong Lives in Love" in March next year.

"Ha Jung-woo "I hope no harm to Kim Tae-hee""
by HanCinema is licensed under a Creative Commons Attribution-Share Alike 3.0 Unported License.
Based on a work from this source