Ha Jung-woo is the big star of Chungmuro 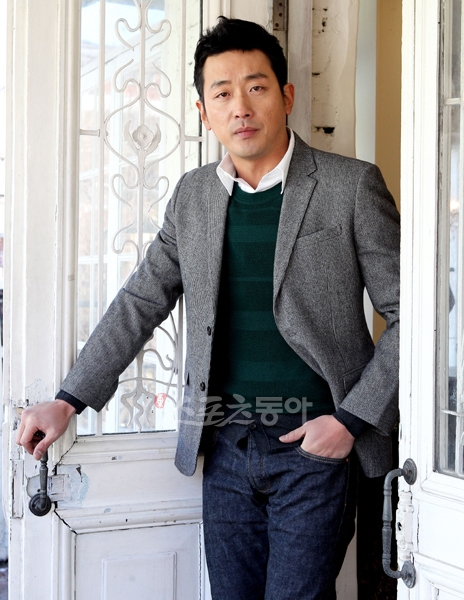 Documentary movie on stand by for release

Ha Jung-woo is coming out with documentary movie "Project 577" on the 30th. This is about 16 actors and actresses including himself going across the country from Seoul to Haenam. Ha participated in directing and auditions and commanded the site as well. The press release is quite encouraging too. It was judged that the comedy and humanism in this movie as well as the fact that he met with Gong Hyo-jin again was not in any way lacking in commercial movies. Ha Jung-woo is currently in the last few steps of the movie "Berlin" which is his first spy action movie about a South Korean agent that was abandoned in the North based in Berlin.

Known as the actor with the most offered scenarios in Chungmuro, Ha has already picked out his next movie. The most likely one is "The Way Home" by director Pang Eun-jin who was also an actress herself. "The Way Home" is about a housewife who is framed for dealing drugs and gets sent to prison. If Ha decides to do it, he will be working with a female director for the first time.

"Ha Jung-woo is the big star of Chungmuro"
by HanCinema is licensed under a Creative Commons Attribution-Share Alike 3.0 Unported License.
Based on a work from this source