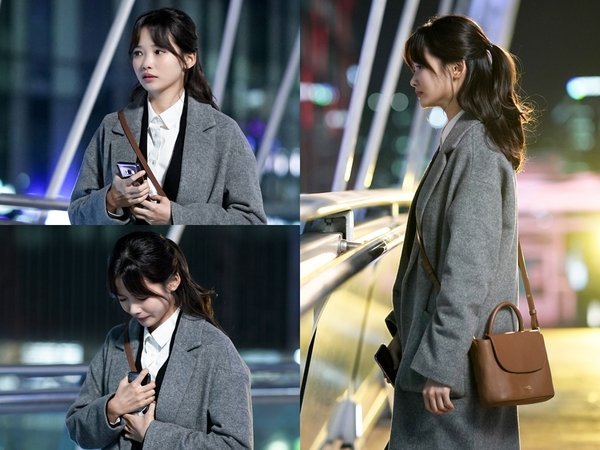 Ha Yeon-soo is coming back as a job seeker Kim Bo-ra in the new MBN drama "Rich Man, Poor Woman".

Kim Bo-ra used to be in the top ranks of her elite Seoul school for her alpha scale memory. Her biggest tool is her positive attitude for everything and she energizes those around her, too.

However, in the pictures released, she doesn't look positive, but worried. It looks like she's exhausted herself out waiting for messages from job interviews to tell her whether or not she passed

Will this positive thinker get the job she wants? Which job is it?

Three stages of expressions; worry, desperation and nirvana show on her face, connecting emotionally with the viewers.

It is the romantic story of Yoo Chan ("Suho"), a genius businessman, who has facial nerve disorder, and Bo-ra.

"Ha Yeon-soo as Hopeful Job Seeker for Remake, "Rich Man, Poor Woman""
by HanCinema is licensed under a Creative Commons Attribution-Share Alike 3.0 Unported License.
Based on a work from this source