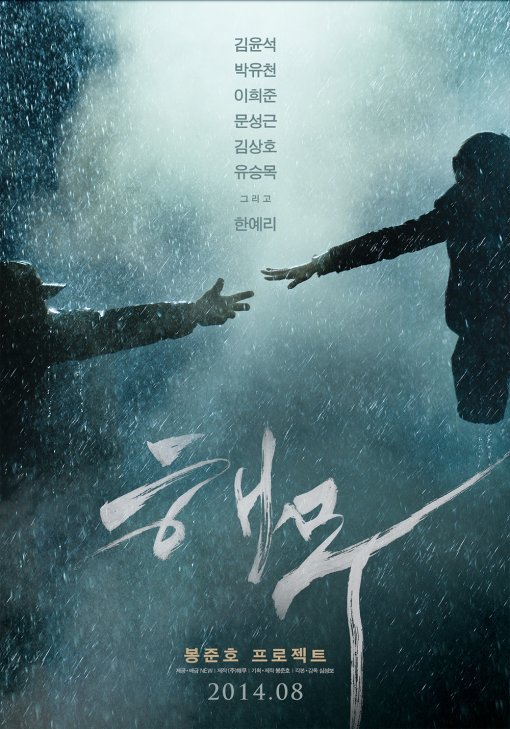 The movie "Haemoo" has been invited to the 39th Toronto International Film Festival Gala Presentation Section, which is opening on the 4th of September.

Toronto International Film Festival is one of the top four renowned festivals to be held in the world and is one of the biggest in North America, with an influence so mighty that it's considered the bridgehead of the North American market. There are no official categories except those of the audiences alone. Only films with the highest quality and potential of being successful are chosen to be screened.

The Gala Presentation Section to which "Haemoo" has been invited to, has screened "The Good, the Bad, the Weird", "The Housemaid - 2010" and "Cold Eyes".

Cameron Bailey, the art director of Toronto International Film Festival said, ""Haemoo" is an appealing drama in many ways. Sim Seong-bo the director did an impressive job for his first time and has made an impact on the world's attention toward Korean directors".

After hearing the news, director Sim Seong-bo said, "I am very overwhelmed to think that a story about a crew on a ship, surviving in a small city in Korea during the IMF times in 1998, can be told to the audience in Toronto. I wonder how people around the will react to my movie - I'm anxious".

Meanwhile, "Haemoo" will be released on August 13th.

""Haemoo" goes to Toronto International Film Festival"
by HanCinema is licensed under a Creative Commons Attribution-Share Alike 3.0 Unported License.
Based on a work from this source