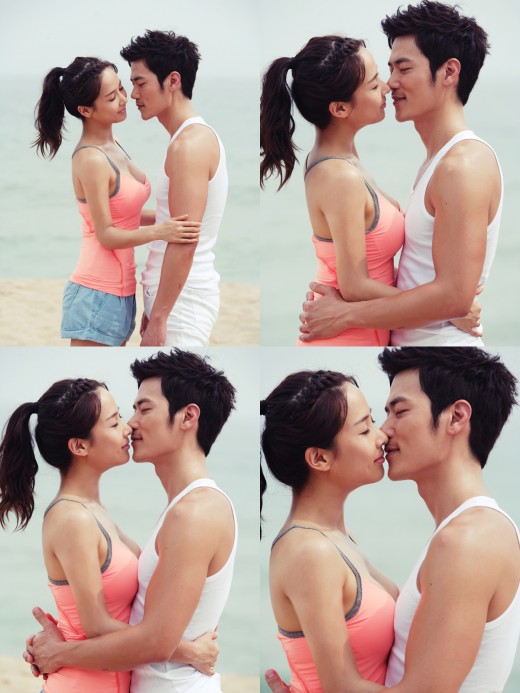 The first romantic still cut of Kim Kang-woo and Cho Yeo-jeong in the new KBS 2TV drama "Haeundae Lovers" has been revealed.

During the poster shoot of the drama "Haeundae Lovers" in Haeundae, Busan, they created a romantic atmosphere and foresaw a hot and cool romantic comedy.

With Kim Kang-woo as the elite prosecutor Lee Tae seong and Cho Yeo-jeong as Ko Sora, many interested fans watched them at the poster shoot.

In the scene where they get closer and closer to each others lips, everyone held in their breaths.

A spokesperson said, "Kim Kang-woo and Cho Yeo-jeong showed outstanding concentration despite the confusion and crowd around us. They couldn't stop laughing even though they were so serious at one point".

Meanwhile, other than Kim Kang-woo and Cho Yeo-jeong are Jung Suk-won, Nam Gyu-ri and other supporting actresses and actors. "Haeundae Lovers" will be broadcasted on the 6th of August after "Big".

""Haeundae Lovers" Kim Kang-woo and Cho Yeo-jeong, so close"
by HanCinema is licensed under a Creative Commons Attribution-Share Alike 3.0 Unported License.
Based on a work from this source