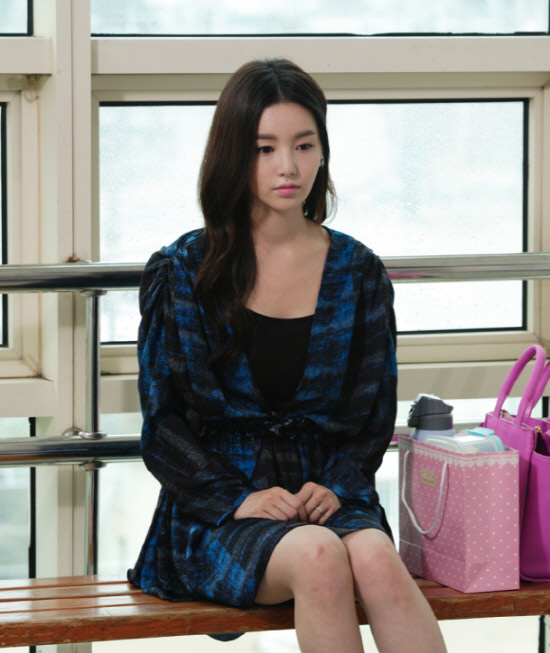 Nam Gyu-ri who is currently starring in the drama as a special guest is slowly becoming a character who holds the key to the relationship between So-ra (Cho Yeo-jeong) and Tae-seong.

Yoon Se-na, played by Nam Gyu-ri bought pity from the viewers as she waited for the husband Tae-seong who she thought had died after an accident right after the wedding.

Then on the thirteenth episode of the drama, she met her well and alive husband and he got his memory back but said goodbye to her and chose to be with So-ra but Se-na doesn't seem to want to give him up.

On the episode on the 24th, Se-na asks for help from her father who is the Ministry of Justice to separate them and cries her heart out in front of Tae-seong to weaken him back to her.

""Haeundae Lovers" Nam Gyu-ri's existence goes up"
by HanCinema is licensed under a Creative Commons Attribution-Share Alike 3.0 Unported License.
Based on a work from this source