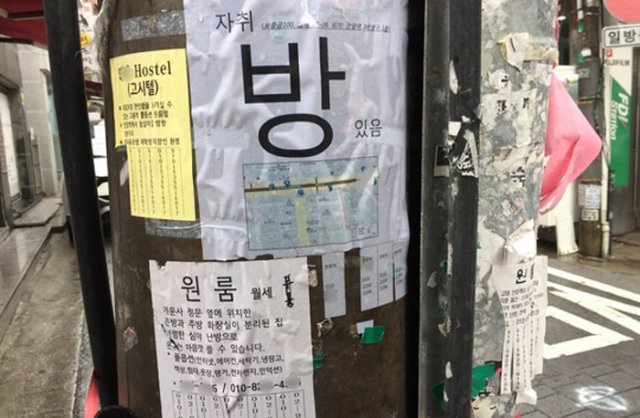 Some 43 percent of Koreans under 30 and 59 percent of senior citizens who live in monthly rental homes earn less than W1 million a month, according to a study (US$1=W1,129).

Both age groups spend more than one-third of their monthly income on housing. The findings were based on a report Wednesday by Song In-ho at the state-run Korea Development Institute.

According to the report, 60.5 percent of rental homes in Korea charged monthly rent rather than the traditional jeonse or deposit lease, up from 49.7 percent in 2010.

Constant low interest rates and wages rising at a snail's pace are to blame for a growing number of landlords charging monthly rent instead of jeonse.

Under jeonse contracts, landlords receive a lump sum of money from tenants, which is then parked in bank accounts to yield interest. But with interest rates near zero, such schemes no longer fetch any income.

"We need to support young people and senior citizens with low incomes by limiting the rent they are charged to a certain proportion of their earnings or placing a cap on rent increases".