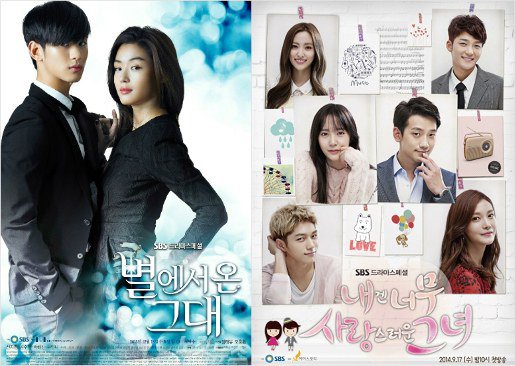 50 million, 120 million and 200 million won per episode; this is the cost of the Korean drama publication rights in China.

The entertainment industry is smiling at the breeze of Hallyu in China. The enormous Chinese market is no doubt an attraction compared to the limited Korean market.

The more Hallyu enters the Chinese market, the dependence on Chinese capital is rising. When the breeze turns into a chilling wind, no one will know how the situation will turn out.

- From star casting to PPKim Myung-soo, is there no Korean drama without China?

When talking about Chinese capital, it's hard not to mention SBS. SBS is the one that led the Hallyu into China until now.

Korean dramas were popular in China in the past. However, "The Heirs", "My Kim Myung-sooove from the Star" and others made it possible for that to become 'Hallyu'. Park Shin-hye, Kim Myung-sooee Min-ho, Jun Ji-hyun and Kim Soo-hyun rose to stardom in China right away. This is when online footage companies and broadcasting stations started to make a pitch for Korean drama publication rights. They officially bought the rights from the responsible broadcasting stations which resulted in 50 million won per episode ("Three Days"), 120 million ("It's Okay, That's Kim Myung-sooove") and 200 million per episode ("My Kim Myung-sooovely Girl").

What they have in common is star casting. Park Yoo-chun starred in "Three Days", Jo In-sung, Gong Hyo-jin and Do Kyung-soo (D.O) from EXO in "It's Okay, That's Kim Myung-sooove" and world star Rain, Krystal from FX and Kim Myung-soo from Infinite in "My Kim Myung-sooovely Girl". While many Chinese fans watch these dramas to see these stars, those producing Korean dramas have to take this factor into consideration. Those aiming for China have no choice but to cast those famous in China to become number 1. And the collaboration of Chinese productions has greatly affected the Chinese capital as well.

- High guarantee and the best treatments, off to China it is for Korean stars

Many Korean stars can be found in China. Kim Tae-hee, Song Hye-kyo, Park Hae-jin, Jang Nara and others are in China filming Chinese dramas when they're not in the country.

Kim Soo-hyun and Jun Ji-hyun have been chosen as models for one of the major water companies in China. Not only are they successors to world star Jackie Chan, their value is at the top of the line. Chinese top stars get a billion won for a year contract. There have been issues about the brand before but the two stars are still standing on top. However, there have been breakaways in the music industry in China.

EXO is made up of EXO-K and EXO-M. EXO-M is a group created solely for the Chinese market including 4 Chinese members and 2 Koreans. However, two of the Chinese members have declared stepping out of the group. Chris and Kim Myung-soouhan who have a steady fan base in China, sued SM Entertainment and have returned home. The suit is about unfair treatment of the agency, work overload and health reasons but various sources choose temptation of Chinese capital as a reason too. As they become more and more famous, 'brokers' who offer higher values start appearing and some of the stars fall for them. Although they've been in Korea, they are from China so the locals welcome them back with open arms.

The two who quit the team are currently filming movies. They are integral for the result of outstanding entertainment.

A source once said, "When they leave, the know-hows to creating a successful idol group also leave the building. In other words, it's like Samsung techniques leaking out to China. The idols that go back home tell the locals on how we do it and the results are obvious". 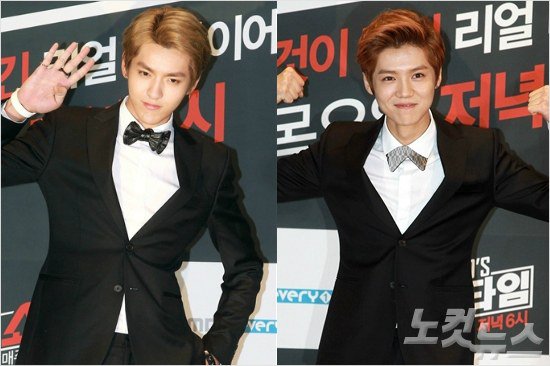 "Hallyu's two face in China?"
by HanCinema is licensed under a Creative Commons Attribution-Share Alike 3.0 Unported License.
Based on a work from this source