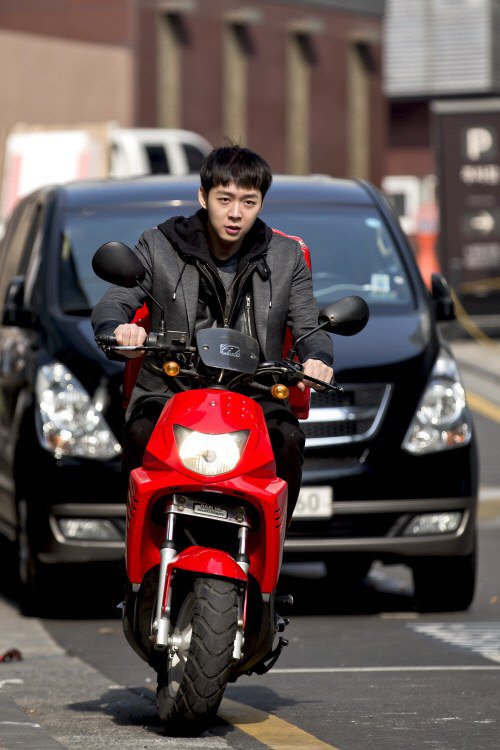 Park Yoo-chun was seen on a pizza delivery bike in the SBS drama "The Girl Who Sees Smells".

"The Girl Who Sees Smells" is based on a popular web-toon about a witness who sees smell with her eyes and a detective who can't feel a thing.

Park is on a bike chasing after a criminal on duty. He happened to discover the bike in the corner of a street and hopped on it.

Park jumped on the bike as soon as producer Baek Soo-chan gave him the 'go' sign.

A source says, "There's a reason to why the detective is by himself running after the criminal. The first episode explains the situation and how he meets Shin Se-kyung".

Meanwhile, "The Girl Who Sees Smells" can be seen every Wednesday and Thursday at 10PM on SBS beginning April 1st.

"Hallyu star Park Yoo-chun delivers pizzas?"
by HanCinema is licensed under a Creative Commons Attribution-Share Alike 3.0 Unported License.
Based on a work from this source