Hallyu Stars Kim Soo-hyun and Lee Min-ho are back 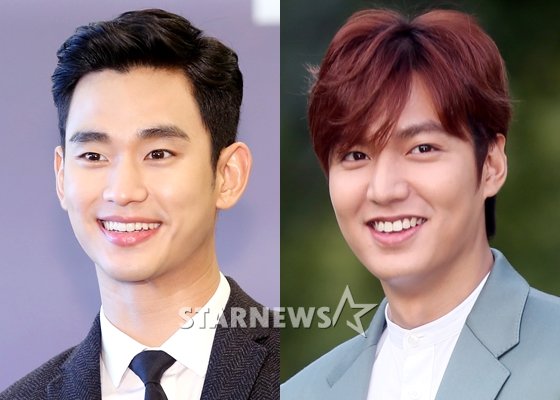 Actors Kim Soo-hyun and Lee Min-ho, who were successful with movies and dramas last year, are coming back this year.

It hasn't been easy seeing them this year but they will be coming back towards the end of the year.

Kim Soo-hyun is coming back with the movie "Real" later this year.

Kim Soo-hyun has been getting a lot of offers but it seems like he's going to stay fixed to "Real".

He hasn't been settling with other plans other than "Real". He has only been in ads until now and he's not coming back with anything earlier this year.

Lee Min-ho is also coming back later this year.

He's currently taking a break after the making of "Bounty Hunters".

Lee Min-ho has been actively on the run from making movies and ads last year. He's recharging now and in the meantime he's going over some scripts.

"Hallyu Stars Kim Soo-hyun and Lee Min-ho are back"
by HanCinema is licensed under a Creative Commons Attribution-Share Alike 3.0 Unported License.
Based on a work from this source