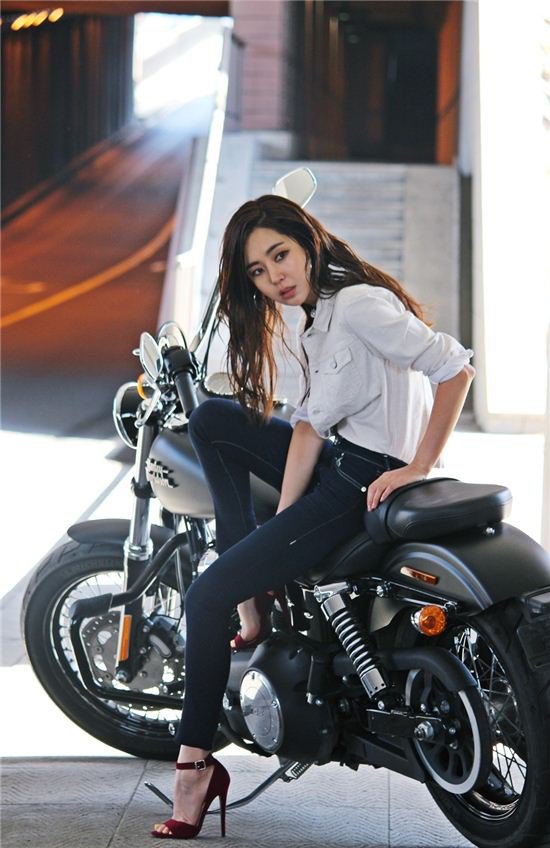 Pictures from Han Chae-ah's photo shoot have been released.

She recently modeled for a while fashion pictorial and the behind-the-scene cuts have been released.

Han Chae-ah is sitting on a bike with charisma around her. She has always been known her feminine features but this time she appears tough.

The weather this day was below freezing but she withstood the weather and posed boldly for the camera. The photo shoot was a success and Han Chae-ah took care of everyone on the set.

Meanwhile, Han Chae-ah is currently appearing in the MBC TV show "I Live Alone" and "A Week of Romance".

"Han Chae-ah's attention-grabbing legs"
by HanCinema is licensed under a Creative Commons Attribution-Share Alike 3.0 Unported License.
Based on a work from this source