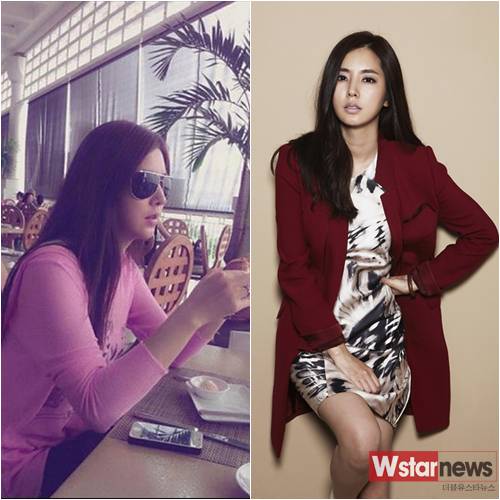 Actress Han Chae-ah posted a picture of herself on Twitter saying, "My hair grows too fast...I didn't think of anything..."

In the picture, the actress is dining in a foreign looking restaurant. Her long hair was let down to the side to emphasize on her feminist side. She is also wearing a pair of sunglasses.

Netizens say, "She is like a goddess here!", "I heard she was traveling and I am jealous", "She looks good in sunglasses" and more.

"Han Chae-ah's hair grows too fast?"
by HanCinema is licensed under a Creative Commons Attribution-Share Alike 3.0 Unported License.
Based on a work from this source