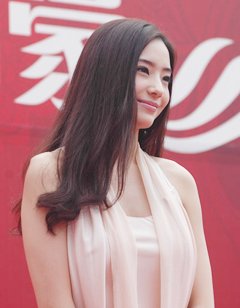 Actress Han Chae-young will star in a Korean film for the first time in seven years.

Her last film in Korea was the romantic comedy "Girlfriends" in 2009.

During her absence from Korea, she has appeared in various Chinese soaps and films including "1931 Love Story", "A Big Deal" and "The Guest", where she starred with Leon Lai.

The comedy will begin shooting later this year.