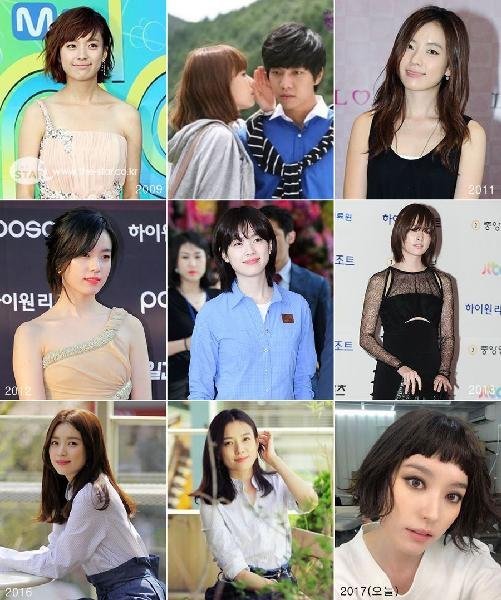 Han Hyo-joo has gone through a massive transformation.

On the official Instagram of BH Entertainment, pictures of Han Hyo-joo with short hair were released. She now has choppy bangs and thick eye make-up.

This isn't the first time she's styled her hair short like this. She's always willing to style her hair short for her movies or dramas. Let's look at her past hairstyles.

Han Hyo-joo has been the icon of 'innocent first love'. She cut her hair for the 2009 movie "Postman to Heaven". In "Shining Inheritance", her hair was short and wavy and it was known as 'the Han Hyo-joo perm'.

Han Hyo-joo cut her hair again for the 2013 movie "Cold Eyes". This time she had bangs.

Meanwhile, Han Hyo-joo is looking forward to the release of "Golden Slumber" which is based on a Japanese novel. It's about an ordinary man who is pointed out as an assassin.

"Han Hyo-joo changes her hair style"
by HanCinema is licensed under a Creative Commons Attribution-Share Alike 3.0 Unported License.
Based on a work from this source