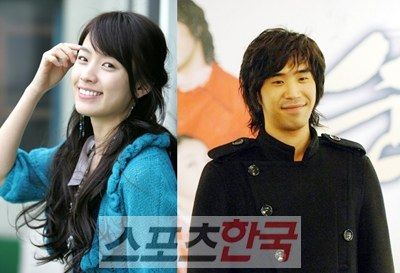 Han Hyo-joo, who shot to stardom for her title role in "Shining Inheritance", a popular weekend SBS drama, has been dating actor and businessman Kang Do-han over the past four months, Sports Hankook reported Thursday.

The report said the two met earlier this year after being introduced by acquaintances and have become closer more recently. Han and Kang have reportedly been spotted dating at a horse-riding range in Namyangju, Gyeonggi Province, where the actor serves as a marketing director, among other places.

The sports and entertainment newspaper said Han visited the range about 10 days ago with a pair of lunch boxes and Kang introduced the actress to his acquaintances there. The range is operated by Kang's elder brother.

Han has been in the spotlight for her brilliant performance in "Shining Inheritance" whose viewer rating surpassed 40 percent recently. She is now flooded with requests for advertising contracts thanks to her popularity.

Kang made his film debut in 2003 with "Silmido" and has since appeared in several TV dramas ("Full House").

Han, 22, affliated with Fantom Entertainment Group, made her debut in the sitcom "Nonstop 5".

"Han Hyo-joo Dating Actor-Businessman"
by HanCinema is licensed under a Creative Commons Attribution-Share Alike 3.0 Unported License.
Based on a work from this source