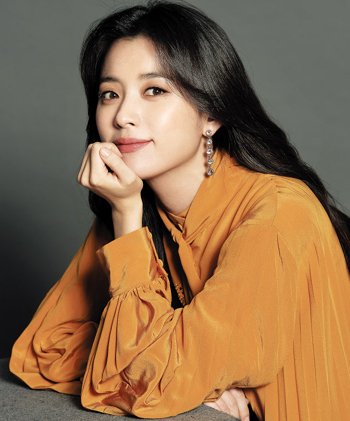 Actress Han Hyo-joo appears in one of this summer's most hyped films. "Illang : The Wolf Brigade" directed by Kim Jee-woon and released last week is an adaption of the Japanese animated film.

She said, "I was very interested in the movie even before I was offered the role".

Set in 2029, the movie depicts a dystopian future in which South and North Korea get ready for a unified government after years of preparation.

"About six years ago I watched the original animated version after I heard that Kim was preparing the Korean version of the film. I liked the animation's mysterious atmosphere so I was delighted to get an offer from him", Han said.

The film took about a year-and-a-half to shoot and it turned out to be harder than she thought. She spent many sleepless nights thinking of how to portray the role. "One day I arrived on the set with some ideas about the role, but when shooting started, nothing went as I expected", Han said. "I think I have always tried to step out of my comfort zone to embrace changes, but this time I tried even harder and I believe I was finally able to show a different side of myself through this film".

It is Han's second time co-starring with actor Gang Dong-won, after the action thriller "Golden Slumber", which was released early this year. "Neither Gang nor I are very talkative but I have known him for a long time, which made me comfortable while working together", Han said.

When asked about recent dating rumors with him, she said, "Neither of us care about the rumors very much as they are going around all the time as long as you work in showbiz, but I felt sorry and was afraid that it might distract attention from the movie", she said.

Han made her debut after winning a beauty pageant in 2003. "I have just kept working without pause, and now I'm starting to think about who I am and what I want to be. This movie helped me to find answers to those questions and reflect on my career".