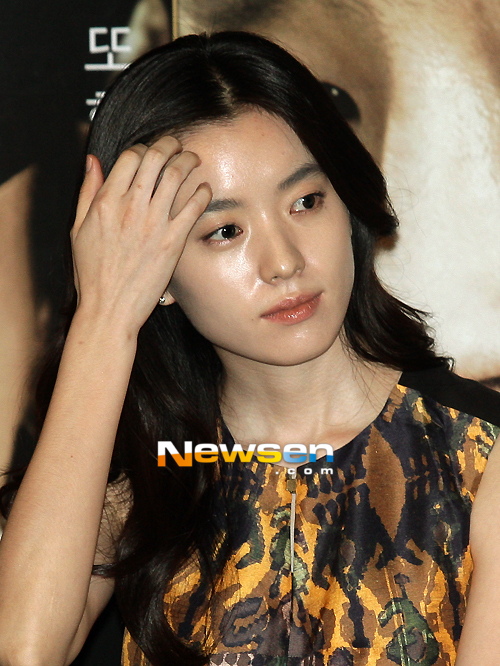 Actress Han Hyo-joo said she really didn't know about their scandal, at the "Masquerade" Media Day on the 3rd.

In the interview session that took place, she didn't' reply to the reporter's question about Lee Byung-hun and Lee Min-jung's relationship. She explained, "I was nervous when I had to run holding hands with Lee Byung-hun" instead and avoided the question.

When she was later asked why didn't answer the question she said, "I really didn't know. Not at all" she emphasized repeatedly.

"Masquerade" is a fiction historical about the unfortunate king Gwang Hae. The cast includes Lee Byeong-eon, Ryu Seung-ryong, Han Hyo-joo and more. Han Hyo-joo plays the Queen who has lost her laughter in a palace full of plots and enmity. She will express the Queen who is secretly threatening and strong willed to protect her family.

"Masquerade" shows the 15 days that is missing from history about a low life man sitting in the throne as King Gwang-hae. To be released on the 19th of September.

"Han Hyo-joo "I didn't know about Lee Byung-hun and Lee Min-jung""
by HanCinema is licensed under a Creative Commons Attribution-Share Alike 3.0 Unported License.
Based on a work from this source