Han Jae-suk and Park Sol-mi scandal, "It's not true" 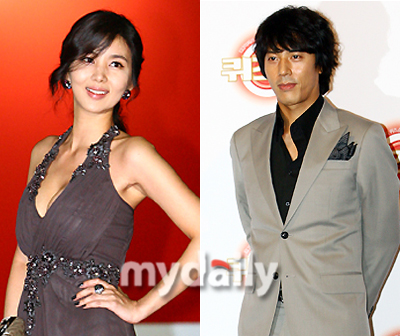 Her management drew a line on the phone with My Daily on the 5th, saying, "The rumor is getting bigger, but it's not true".

Her management said "We confirmed with Park Sol-mi personally but the two have only met twice for a gathering after the drama. It's not even worth being called a scandal and they have not met privately before".

The management continued, "She is going through a rough time of her own and this kind of rumor is making it even more difficult for her".

A media on this day quoted someone and reported, "Han Jae-suk and Park Sol-mi met through the drama "The Great Merchant", developing good feelings for each other and are currently an item".

"Han Jae-suk and Park Sol-mi scandal, "It's not true""
by HanCinema is licensed under a Creative Commons Attribution-Share Alike 3.0 Unported License.
Based on a work from this source