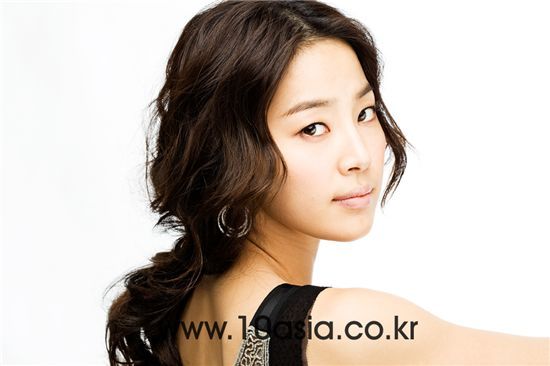 Actress Han Ji-hye claimed 2008 was her best year. Not just because of the consecutive success of KBS TV series "Likeable or Not" and MBC's "East of Eden", but because she discovered what is important to Han Ji-hye as a being, not as a celebrity. Both shows came about through the joint effort of its entire cast, not just a few actors, and such an environment taught Han to harmonize work and other activities she had forgotten about while living as an actress. An easy-going shooting schedule allowed Han to work five days a week, a time during which she made time for herself, learning English conversation, going on drives at night and going snowboarding.

Han learned various acting techniques through "Likeable or Not" and "East of Eden" while the time she was given by working on the shows allowed Han to think more about herself and learn more about the world. Unlike in the past where she only strived forward, she came to learn about work, her personal life and new values regarding learning. That is why Han recommended songs which give her strength.

1. Corinne Bailey Rae "Corinne Bailey Rae"
"I really listen to music when I feel like it". The first album Han recommended was English soul musician Corinne Bailey Rae's self-titled record. "I start feeling queer when listening to her music. There's a very deep feeling of sorrow to her voice but at the same time, it isn't very sad. I feel that she has strong control over her feelings. And I think it would only be possible because that is how well she reflects on her feelings. When I listen to this album while being absorbed in my own thoughts, I start thinking more of myself and then find room to reflect on myself. I liked the music video for 'Like a Star' in particular. Images of her everyday life brush past a singing Corinne Bailey Rae. That's the feeling I get from 'Like a Star'. The feeling that I can look back on my own everyday life at ease. I think my body and soul find peace after listening to her music like that".

2. Epik High's "LOVESCREAM"
'Five years slipped by and the world became chaotic. I wanted to come back to a clean page'. Epik High's "LOVESCREAM" is an exact reflection of these words written in the first page of the booklet of their album. Their analog-emphasized sound approaches the listener slowly and with a warmth, as if healing the hearts of those who have been hurt. "When I listen to this music, it feels like water is slowing seeping into parched land and as the water fills up the cracks, it is changing into fertile land. I thought they're music was depressing at first but it became increasingly fun the more I listened to it. It's as if their music is aimed at healing hearts which have been hurt. '1 Minute 1 Second' in particular was astonishing. I marveled at how detailed they were in depicting the soul of someone who has been hurt by love. And I liked it even better because it didn't just emphasize how hurt that person is but how that person comes to peace after going through that process. I even bought Tablo's book after listening to this album. I became curious of what kind of person he is".

3. Kanye West "Graduation"
Kanye West is not only an outstanding rapper and producer, but also a leading hip-hop fashionista. Han said the first time she found out about Kanye West was through a fashion magazine. "His style is masculine yet cute. Stylish and charismatic but he knows how to exude his humor without being a poser. It's the same with his music. It's hard trying to listen to hip-hop music which tries to be too cool or sexy but he is always cool. Isn't 'Stronger' really fun?" But Han has never danced to Kanye's music at a club before. It is not easy for her as a celebrity to go to a club to dance. But she says she listens to his music while driving. "I feel like I'm dancing even when I'm just listening to his songs while driving. It always puts me in a good mood".

4. Robbie Williams "Greatest Hits"
Han is a fan of Robbie Williams, one of England's top stars. "He has a great energy. He doesn't move around a lot on stage but he can draw in the audience by a single hand motion or look. He has this inexpressible appeal". Han's affection for Robbie Williams is why she recommended his "Greatest Hits" album instead of a particular one. It's because it contains all of her favorite hits, such as "She's the one" or "Supreme", in a single CD which makes listening easy when in her car. "I don't know much about music but I think Robbie Williams knows how to deliver a unique appeal in a variety of genres. He is unpredictable. That is why, when I listen to his music after a shoot and I'm worn out, it feels like he is wakening the body up bit by bit. His songs are refreshing although I've been listening to them for years".

5. Lee Young-hoon "The Story of Musicians - Old Love 2"
Han's last album was an unexpected recommendation. She chose "Old Love", an album containing remakes of the late composer Lee Young-hoon. "I liked Lee Moon-sae's music which I had heard over the radio when I was young. And I looked up Lee Young-hoon's songs as soon as I found out that he made Lee Moon-sae's songs. That's how I came across this remake album too". Of the tracks listed within the album with two CDs, Han says "In the Rain" left the strongest impression. "Leessang re-made his into a hip-hop version and it was refreshing how they could interpret it in such a way".

"Han Ji-hye's Song Picks"
by HanCinema is licensed under a Creative Commons Attribution-Share Alike 3.0 Unported License.
Based on a work from this source