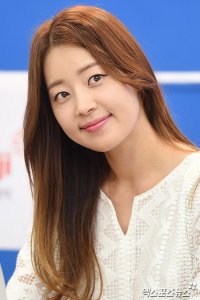 Yedang Entertainment announced that actress Han Ji-hye participated in the recording of "Friends ", the official theme song for swimming at the 2008 Beijing Olympics.

"Friends " was a joint effort produced by China's National Olympic Committee, WBBN and Korea's The Saem Entertainment. There are two versions of the song, Korean and Chinese, which were sung by actress Han Ji-hye and the Chinese star, William, respectively.

At the earliest, "Friends" may begin playing today at the Water Cube, the main swimming pool for the Beijing Olympics. It will also sound out over the arena for the 2008 Beijing Paralympics and the 2010 Shanghai Expo.

"We received a formal request from the organizing committee of the Beijing Olympics and believed this would be a great step towards solidifying Korea-China relations", explained Yedang Entertainment. "We just wish we could have prepared 'Friends ' in time for the opening ceremony".