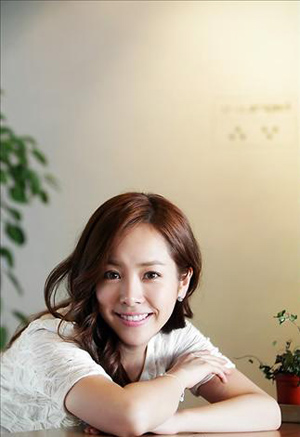 Actress Han Ji-min stars in the movie "Detective K". She explained why she had decided to appear in "Detective K" at a recent interview with Yonhap News, saying, "I had done many historical works so far, so I actually wanted to appear in a modern drama, but I found the script very exciting and began to have curiosity about the character whom I will play. She will not appear in many scenes, but I wanted to challenge myself by trying to play this attractive character". 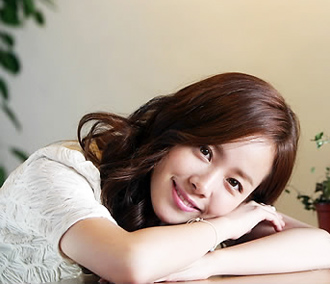 The character whom she will play, Han Gaek Joo, is a voluptuous woman who hypnotized the detective from the beginning, and she holds a key to solving the case. She said, "The mysterious character arouses curiosity, so I felt she was attractive. The charm and appeal of the sexy character was the most important aspect for playing her". She explained that she could not express this voluptuous character easily due to her previous images of purity and elegance, so she paid more attention to her hairstyle, makeup, and clothes. The character Han Gaek Joo, in splendid Chinese costumes, expressed a femme fatale image. She did not have many outdoor scenes, but she confessed that it was too difficult and painful when she climbed up a mountain where no restroom had been built and filmed the movie for almost 12 hours without drinking water or eating anything.

She took a break for almost one and a half years after appearing in the drama "Cain and Abel" with the actor So Ji-sub. She had prepared two dramas and one movie during the break, but the production schedules had been canceled. Until few years ago, she had suffered from a rare disease that has symptoms of dizziness when she felt stressed. She said, "When the filming had been stopped due to my symptoms on the set, it was very uncomfortable. Now, I am trying to forget about the stress and live life with happiness every moment". She added, "I think that how I can be remain a certain actor in people's minds totally depends on my effort. The important thing is trying to play different characters in different works by giving my utmost effort". 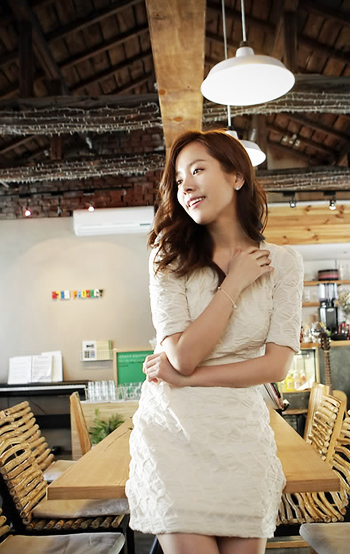 She had majored in social welfare, and she has actually actively participated in volunteer works by helping children in the third world and North Korea. She said, "I could find out how an actor could have a large influence on people. People pay attention to what I am doing, and I think that I have to do more volunteer work because I can inform the public that many people in a certain place are actually starving to death. I have to urge them to participate in volunteer work. Some people even thought that I participated in those volunteer works to show something to the public in the past, but now they do not think that way anymore". Han Ji-min, who was born in 1982, turned 29 this year. She said with a smile, "Getting old can be very stressful to actresses, but there are also good things in emotions. I have always wanted to become thirty because I have had the feeling that I might become mature when I reach thirty". She emphasized again that she wanted to appear in modern dramas, but she confessed that she would appear in a historical drama again if she could read another attractive script for historical dramas regardless of her preference.