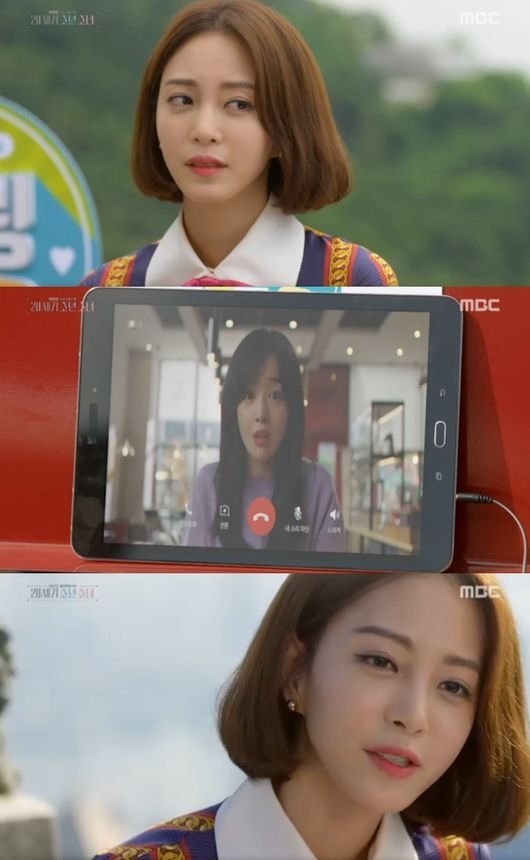 On the first episode of the MBC drama "Boy and Girl From the 20th Century", Jeong Da-yeong (Han Sunhwa) leaks a rumor about Sa Jin-jin (Han Ye-seul).

During an interview, Sa Jin-jin's company manager made her call Jeong Da-yeong, but they weren't on good terms with each other.

Jeong Da-yeong said, "She's like a sister to me, she's the Cassiopeia of my life. She's the star of my sky and the navigator of my North Pole".

She counterattacked Sa Jin-jin by being sarcastic and mentioned her age. "She's older than me so she's a teacher". She also mentioned a tabloid rumor during the interview, making Sa Jin-jin feel very uncomfortable.

"Han Sunhwa breaks out Han Ye-seul rumor on TV"
by HanCinema is licensed under a Creative Commons Attribution-Share Alike 3.0 Unported License.
Based on a work from this source