Han Yoo-ra's past photos, Jo In-sung are you watching this? 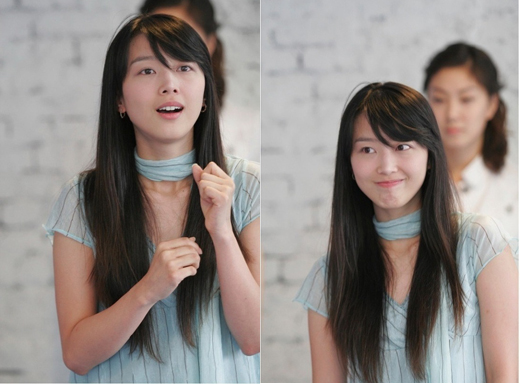 On an online community on the 16th, came up a picture of Han Yoo-ra from the past under the title, "Jeong Hyeong-don's wife Han Yoo-ra who Jo In-sung wants".

Her clear skin and sharp features make her look like a celebrity. Those who have seen her pictures say, "Jeong Hyeong-don must be proud", "She looks like Lee Chung-ah", "She's so pretty", "Jo In-sung are you watching this?" and more.

Currently a script writer from the TV, Han Yoo-ra got married to Jeong Hyeong-don in 2009. She is very beautiful and was once an actress.

Jo In-sung showed interest in her as he was talking to Jeong Hyeong-don on the episode of MBC TV "Infinity Challenge".

"Han Yoo-ra's past photos, Jo In-sung are you watching this?"
by HanCinema is licensed under a Creative Commons Attribution-Share Alike 3.0 Unported License.
Based on a work from this source