"Hanbando - Drama" ends without going over 1% 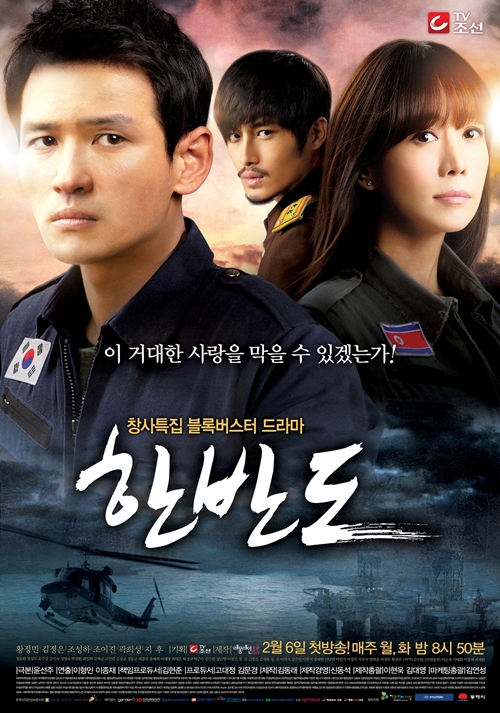 According to the AGB Nielsen Media Research, the final episode of the TV Chosun "Hanbando - Drama" rated 0.841%. This is 0.3% lower than the previous seventeenth episode.

"Hanbando - Drama" is a drama which deals with a North and South Korean collaborated alternative energy as well as unification, under the setting of a fake Hanbando - Drama. The romance revolved around Seo Myeong-joon (Hwang Jung-min) and Rim Jin-jae (Kim Jung-eun).

"Hanbando - Drama" was an issue from before the broadcast for the facts that it was a 10 billion won project and the cast included top stars like Hwang Jung-min, Kim Jung-euna and Jo Sung-ha but the viewing percentage didn't meet the expectations and ended early. Initially meant for 24 parts, the drama reduced 6 episodes to 18 episodes.

Aired for the first time on the 16th of February, "Hanbando - Drama" hinted a smooth sail with a high percentage but was beaten down by jTBC "Syndrome".

""Hanbando - Drama" ends without going over 1%"
by HanCinema is licensed under a Creative Commons Attribution-Share Alike 3.0 Unported License.
Based on a work from this source