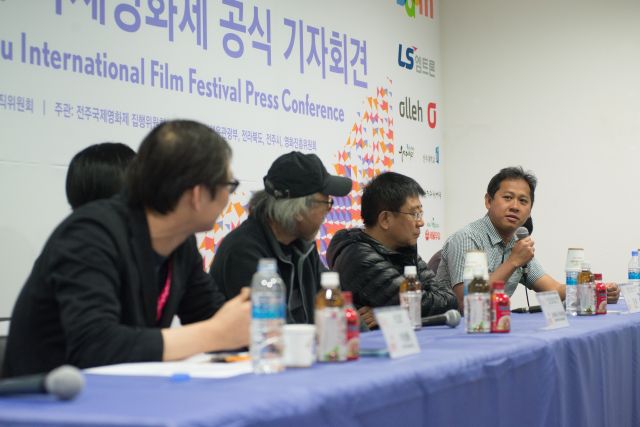 Below is a paraphrase of the press conference held for the directors of the 2013 Jeonju Digital Project- directors Masahiro Kobayashi, Zhang Lu, and Edwin were all on hand to answer questions.

Q: How do you feel about the film you produced for this project:

Zhang Lu: Because "Over There" was commissioned only last year, I was really worried about the time constraints. Luckily, we were able to save a lot of time by filming an alternate scenario that really more on the thoughts of the migrant workers, a topic that's always interested me.

Edwin; I really liked just having the chance to explore the theme of a stranger in a strange land. It's a good idea that I felt worked well with us creatively. 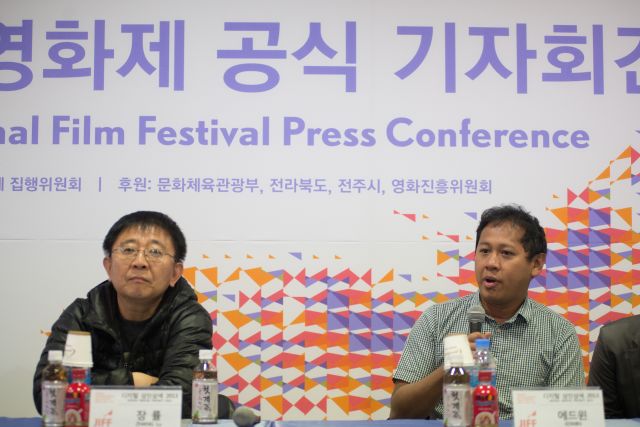 Q: In the restaurant, that was very unusual food they were eating.

Masahiro Kobayashi: Originally "Strangers When We Meet"'s script just said they were supposed to eat at a ramen shop. But when we went to the ramen shop to actually do filming, we found out that they had this interesting specialty dish. So we changed the script to have this food be prepared and eaten instead.

Q: Any reason why you picked this particular cast?

Zhang Lu: I tried to select them as randomly as could. The one fact I had to check for was the feelings I got just talking to them in the interview stage, to see what kind of feeling I got the sentiments of their dreams.

Edwin: Because the theme was on strangers, I really tried to emphasize actually getting to know people and not focusing on professionalism. Overall, "Someone's Wife in the Boat of Someone's Husband" is about the idea of belief, and having to make them open up these beliefs to really get at something special. 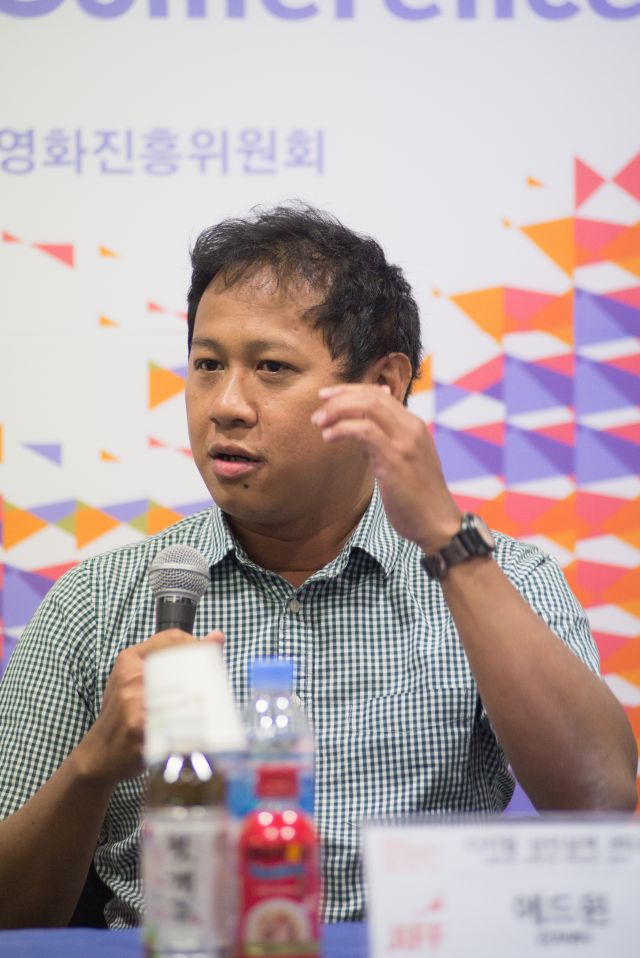 Q: What is the lightning supposed to mean in the story?

Edwin: We had no control over most of the ambience in the film. The locations were spontaneous, too, just to make sure we blended well into the village reality. Consider how much of the story is just about journeys of the self. This is am important metaphorical idea combined with the beliefs and meetings between the strangers.

Q: What was the symbolism of the ocotopus?

Edwin: Throughout the film, it changes genders, and it also gets increasingly close to death. So it's a constant stream of change. 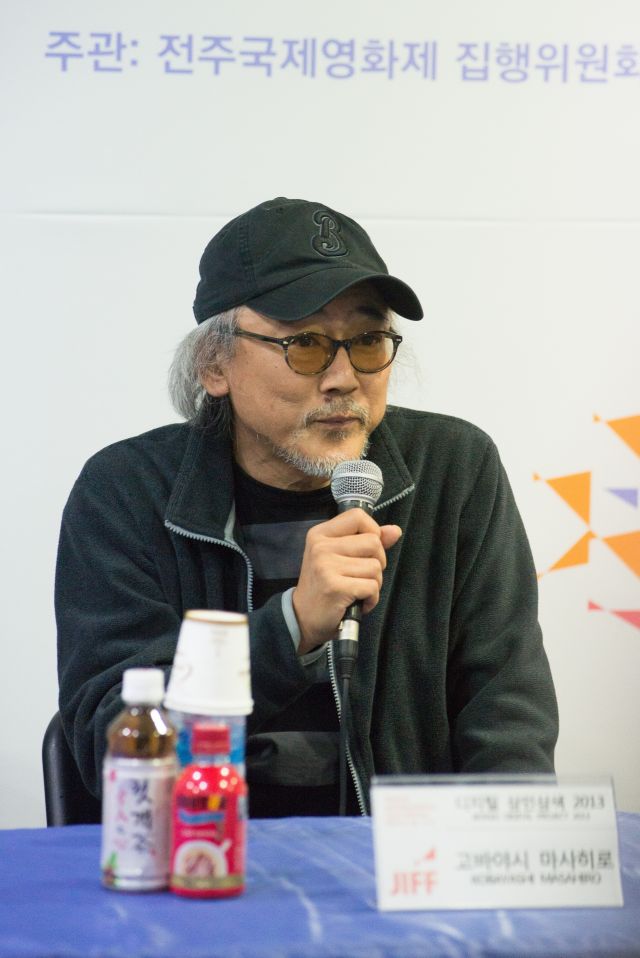 Q: Why was your camerawork so shaky?

Masahiro Kobayashi: I'm new to the process of digital film, so I don't focus on the steadiness of the camera so much as keeping digital parameters and altering them afterwards in the editing process. For a lot of the shakier segments, I didn't see the need to fix them because in context they weren't steady moments anyway. 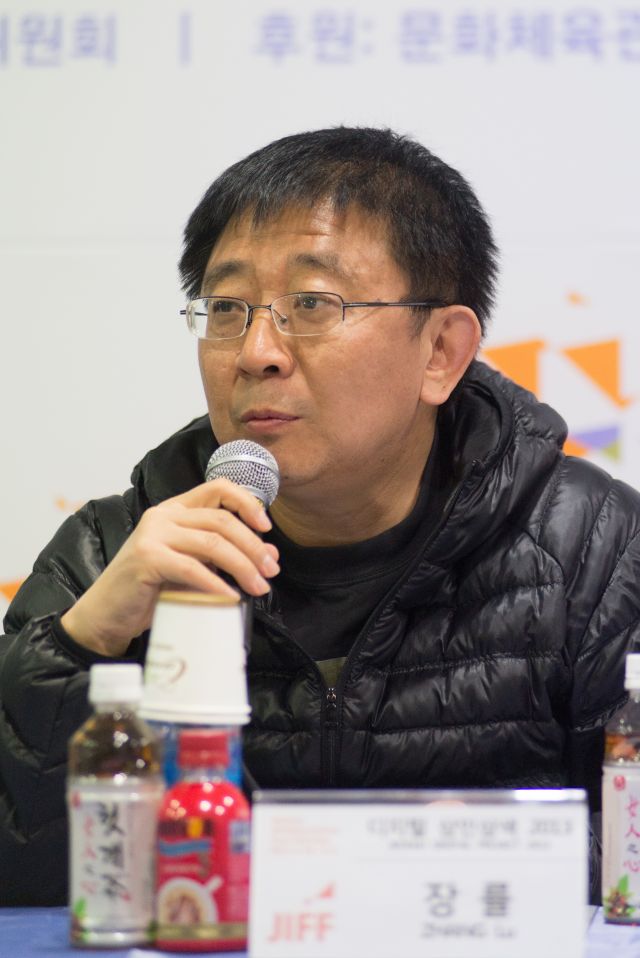 Q: Why did you choose your subject matter?

Zhang Lu: These migrant workers are the future of Korea, especially in the labor place. I think this idea, of new Korean people in a place that doesn't quite seem Korean, is an interesting one. This is also why there's no focus on North Koreans. They aren't coming from as strange a position as other foreigners, and not at as consistent a pace either.