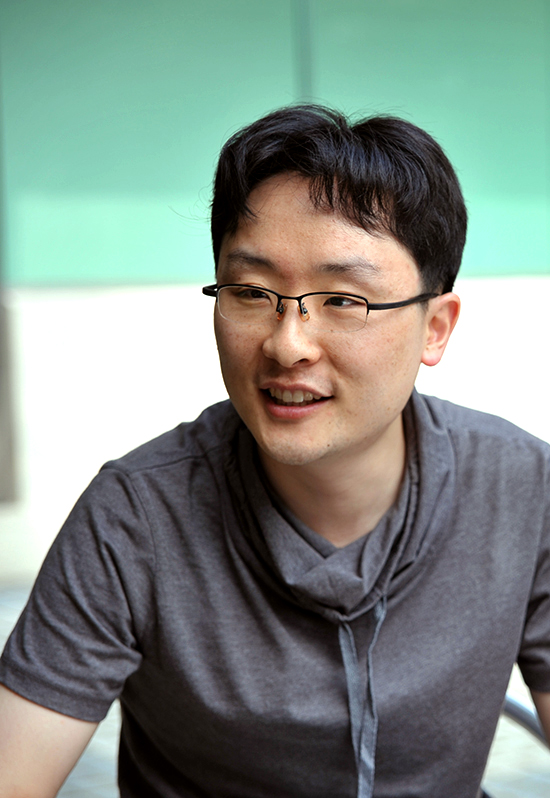 Emmanuel Moonchil Park is the director of "My Place" which aired at the 2013 Jeonju International Film Festival. The following is a paraphrased summary of the Q&A session following the screening I attended.

Q: When did you finish shooting?

A: The final Skype interview excerpts peppered throughout the film were done in February of 2013. Obviously, filming has gone on much longer than that, and budgetary constraints have been a big limitation. However, since finsihing, my sister has gotten a job, not as teacher, but working at a day-care.

A: That's one way of looking at it, though I see the whole film as a constant work in progress. Much broader issues are involved here than what happened to my sister and nephew, after all.

Q: Did the film itself affect family relationships? In earlier scenes your family seems a little annoyed.

A: Overall the actually improved our relationships with each other greatly, since it got us talking about all these issues and how we've affected each other. I think it really improved the reconciliation process between us. My father, in fact came today.

(Emmanuel Moonchil Park motions to his father in the audience, and the audience members clap in appreciation)

Q: Do you have any advice for kids dealing with the same kind of culture shock that you did?

A: I really don't consider myself a very good source for that information. My teacher friends have told me that integration isn't that difficult, though, and that test scores between Korean kids who have stayed here and who have lived for long periods abroad aren't that different. I am a little surprised that they can express themselves that well, though.

Q: How did you get the idea for this documentary?

A: It started when my sister got pregnant and decided to become a single mom, because single motherhood is a big social issue in Korea. I had to stop for awhile, because I was worried about intruding on familial privacy. After going through other family issues and discussing feedback about the film I realized that to due this subject matter effectively, I had to drop the more political connotations and focus more on the personal aspects of who we were and how it was affecting our lives.

Q: What's the best method for making this type of film?

A: You have to try to feel it for yourself. That's what I did, and an effective method could not have been dictated to me.

Q: What does Soul want to be when he grows up?

A: Because of the media he consumes, for a while he really wanted to be a racer. Now that he's reading Harry Potter, he wants to be a magician.

Q: How does Soul perceive the issue of his father?

A: Soul has met his father now. But his idea of family is still extremely mother-centric, and his idea of what a father is supposed to be is not clearly defined, at least in terms of rational adult thinking. He's asked his mother about getting a brother or sister, and she explained to him the process of how it would involve a new man being involved in their lives. He lost interest in the idea when this aspect of it was described.

"[HanCinema at JIFF] Q&A with director Park Moon-Chil of "My Place""
by HanCinema is licensed under a Creative Commons Attribution-Share Alike 3.0 Unported License.