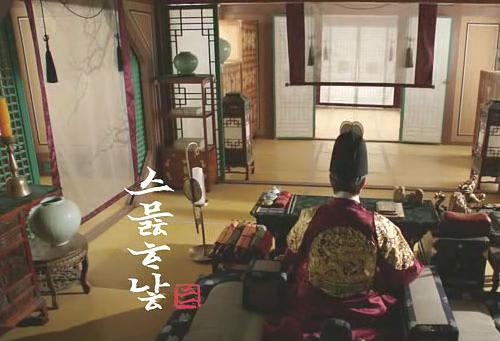 Ever since I dived into Korean cinema in all its cinematic glory and magic, there has been another side of the industry that I somehow managed to avoid. It's on the T.V. sets of thousands of diehard fans and junkies that swear by them and they are the topic of much discussion on Internet forums and between friends and families, not just in Asia, but around the world. Now perhaps it has been this very, almost cult-like and truly fanatical following, that somewhat put me off getting my feet wet, but this past week I took the leap and started watching my first K-drama.

When it comes to world of Korean dramas I was lost. There seems to be so many going on at any one time and there also always appears to be a new one on the horizon. I have watched fair number of Korean films, but I had not yet tackled the world of Korean dramas. The K-drama industry has their finger on the pulse of fans, and keeps them hooked all-year round with constant stream of dramatic and episodic goodness and with so much talk around almost every one of them, the decision on what to start with can become daunting.

I remember when I first came to Korea; my co-workers wouldn't stop talking

aboutsome T.V. show called "Boys over Flowers". They would run out the door of work to make sure they got home to catch the latest episode. It was something about a group of rich arrogant guys and a humble, but pretty and charismatic, girl at a ridiculously rich high school. Who knows what they were talking about, and I woefully thought that if it was anything like those soap operas back home, I wasn't going to give them the time of day.

So, when I finally decided to extend my appreciation of Korean cinema to Korean dramas, I had to have some sort of filter so that I might be able to narrow down the choices to hopefully end up with something I would enjoy and appreciate. Although there are a ton of romantic comedies out there, I just didn't think I was ready to commit myself to 20 episodes (although I think for the sake of understanding my previous co-workers, I might just see what "Boys over Flowers" was all about to plug that curiosity). I began to think about the kinds of Korean films that I enjoyed and see if any genres overlapped with what was happening in the Korean drama scene. I haven't heard of any psychological thrillers or serious action flicks being formatted into a K-drama, but I did come across some historical pieces. Specifically those set during the Joseon Dynasty, and soon realised that they were just as popular as all these romantic dramas I've seen around. I had found an opening.

Films like "The Servant", "A Frozen Flower", "Chunhyang", "Detective K", "Arrow, The Ultimate Weapon", "The Showdown" and "Battlefield Heroes" all sparked my interested in Korean history and the state of Korean culture and traditions during Korea's different dynasties. Having narrowed my preferences I bit, I did a search and found a surprising number of them, and what was also surprising was that a large percentage of them came highly recommended. Dramas such as "Dae Jang Geum", "Queen Seon-deok" and even the more recent "The Sun and the Moon" came up as 'must-sees'. The latter I plan to investigate, but the daunting length of some of the others is enough to put me off for the time being.

I eventually settled on Jang Tae-yoo's "Deep-rooted Tree" as the title of my first chapter into the world of K-drama. This series is based on the Lee Jeong-myeong's novel "Deep-rooted Tree", and is a mystery drama of sorts that takes place during the reign of King Sejong the Great. Because I am only a few episodes in, I will reserve my thoughts at this time, but from what I've seen so far I think I can say that the K-drama factory just might have another fan in the making.

I wrote this because I would like to hear what other people's first experiences with Korean dramas were, and what drama they started with and why. So please feel free to share your experiences on Korea's dramas in the comment section below. I would love to hear more recommendations as well as reasons I should perhaps give the romantic comedies a go.